Inter-states Solidarity in the Time of COVID-19

Inter-states Solidarity in the Time of COVID-19 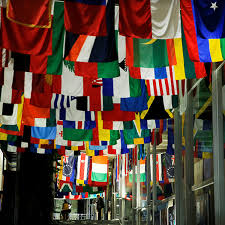 “Sticks in a bundle are unbreakable”, says an African proverb and we can rightly contend that humanity will be unbreakable if it stands together in solidarity as it faces the COVID-19 pandemic. The dynamics of international political and economic relations reveal that not all countries do have same capacity to deal with Covid-19. At the same time, this pandemic has revealed itself to be unimpaired by cross border differences between countries; and it remains insensitive to all kinds of differentiations between peoples. Consequently, for the world to survive this pandemic, it has to embrace the imperatives of international solidarity.

By virtue of our shared dignity and rights, we ought to have equal right to life-saving opportunities and social protection benefits through international solidarity mechanisms. As the development of modern communications brought together people from all over the world, so it must be with international solidarity which invites all nations to a greater awareness of their interdependence, unity and their shared commitment to the common good.

The globalization of the world economy, while seemingly promoting equality and free trade, has somewhat sustained economic inequalities and social dysfunctions in less developed countries. For the latter are constrained to compete with economic superpowers whose interests are preserved even at times when their bargaining compromises the welfare of the underprivileged.

Nonetheless, the war against Covid-19 is unlikely to be won if there is no international mobilization around developed nations to uphold the principle of the common good the world all over. This implies being in solidarity with poor nations in their efforts to contain the effects of the pandemic to their population. While it is legitimate for any nation to promote the common good internally, the globalization movement has taught us that cross-border solidarity proves also that rich countries can only enjoy their peace when their developing counterparts are also at peace. Whence the idea of taking development for indisputable source of peace as Pope Paul VI claims in his famous phrase “the new name of peace is development”.

Therefore, the battle we are in today should awaken us to the structures of injustice that have engendered the global inequalities we are living. This is a time when men and women of the world should understand that in view of their interdependence, they are indebted to one another; and that they ought to serve the global solidarity that is so urgently needed to fix the healthcare systems and economic deficiencies that COVID-19 has wrought in developing countries.