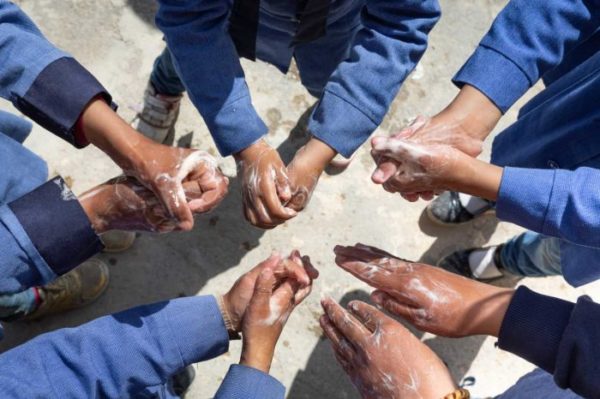 The pandemic of COVID-19 that befell humanity in 2020 has shaken the entire world to the point that no one was left untouched. Though primarily, a medical problem that needed a medical solution via a viable heath care system structure, the pandemic of COVID-19 has also carried a heavy toll on the social, financial and political landscape of the world. We have been and still are mourning lives lost to COVID-19, and at the same time we are struggling to come to terms with disheartening cries of the hungry, terminated jobs, and suspended businesses for unspecified duration.

Despite its rapid spread and destructive force, COVID-19 has not emerged undercover; neither did it take long to be recognized as a global enemy for human race. The entire world wrestled, though confusingly in its strategic framework and coherence of communication. It was a novel disease with little information in stoke even if it broke in daylight. When the news from China broke in late December 2019 about the advent of the killer virus, we noticed that the World Health Organization (WHO) was keen to make follow ups of the evolution of the epidemic but with erratic information to the world as regards the precautionary measures to take. The lack of accurate communication may have not been a deliberate choice; apparently there was limited knowledge about what would later in January 2020 be recognized as a global threat calling for a global health emergency workforce.

It is at this point in time that we realized the world was falling apart! On January 30th, 2020 WHO declared a global health emergency after the COVID-19 had invaded at least 18 countries on six continents. One thing should have caught our attention. While announcing the global health emergency, WHO went on to reassure countries that there was no need to cut ties or stop trade with Chine. As if to mean that things were under control. But there were not; because it was at that similar time that much more clairvoyant nations like Russia, the Czech Republic and France barred movements linking up with China.

The course of the above events can push one to question the efficiency and relevance of a global governaning body on matters of health that has apparently failed to provide proper guidance in good time to curb the spread. Saving the excuse that WHO is made up of mere human beings like all of us whose scientific prowess is naturally fallible as its human subject, one may still argue whether it is not time that instead of entrusting the fate of humanity into the hands a global body we should rather wrestle to empower and develop local capacities.

For over 70 years and counting the notion of global interdependence has given a way to the emergency of international bodies mandated to coordinate efforts of international solidarity and cooperation for the welfare of the citizens of the world. It is in this perspective that we saw the rise of the United Nations Organization, the International Monetary Fund, the World Bank Group, and their associate umbrella organizations which have taken the mantle of leadership over the course of development and prosperity of all “nations” of the world.

Ideally the existence of an international body to serve as an oversight organ that helps coordinate human affairs in an effort to develop a more equitable living environment should be a welcome idea. But for such an organ to freely function and serve its purpose there is a need for able manpower, financial means, and the policy implementation mechanism. In a sense, such an organ should be free from any kind of coercion to advance any individual’s agenda to the detriment of the common welfare of all member states.

Governments as we know them exercise their executive powers thanks to law enforcement mechanisms that they have in place, the tax-collection strategies that fund their policies, and the law abiding citizens who team up to advance the aspirations of their nations. Contrary to governments, global governance organs fund their programs from mandatory contributions of member states and donations from philanthropists. Such dependence underpins the vulnerability of the international organizations to the influence of their largest donor states, and the disguised ideologies of their philanthropists. A case in point would be the latest threats of the United States of America to cut funding that the country was supposed to contribute to the functioning the WHO. Moreover, a conflict of interest wouldn’t be hard to smell in situations whereby the biggest shareholders in certain pharmaceutical companies turned out to be largest donors to the world governing body on matters of health.

Moving forward, we can all agree that global governance bodies as we know them today need some kind of sanitization. For so long, emerging countries (commonly known as poor nations) have entrusted their fate into the hands of a body that seems so vulnerable to the manipulation of the developing countries (also known as developed nations) and powerful individuals. This apparent eternal dependence should be terminated to pave a way for promotion of local capacity building which will allow those poor nations to have a voice and contribute to the general welfare of humanity. The ongoing quarrels between WHO and the Republic of Madagascar over the COVID-Organics medicine exemplify how much the world needs solidarity rather than competition.

His holiness Pope John XXIII in the encyclical letter, Pacem in Terris, states that “it is no part of the duty of universal authority to limit the sphere of action of the public authority of individual States, or to arrogate any of their functions to itself. On the contrary, its essential purpose is to create world conditions in which the public authorities of each nation, its citizens and intermediate groups, can carry out their tasks, fulfill their duties and claim their rights with greater security” [#141]. This is the principle of subsidiarity which could inform the international community to advance the empowerment agenda of the population of the world poor so that those nations move from positions of vulnerability to positions of contributors.

If anything should be learnt from today’s crisis; that should be the rediscovery of our shared humanity. The strides of an emerging nation like Madagascar should prove the doubters that the lack of possibility is not synonymous with lack of ability. And the world governing organs should be mandated to capacitate individual persons and nations to showcase their abilities.