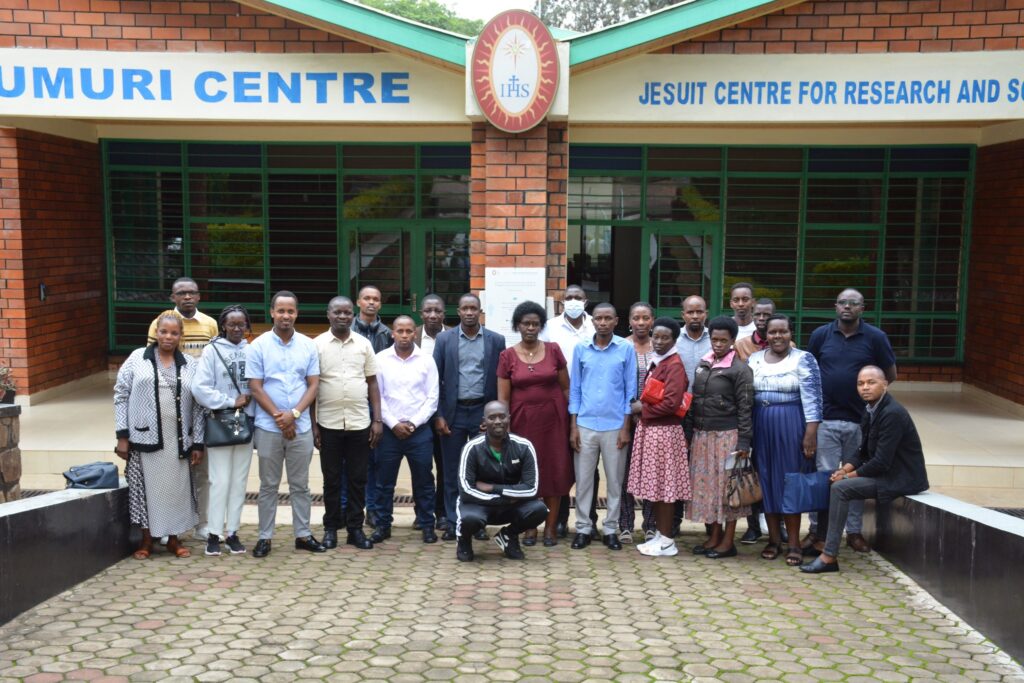 On Friday 18 November 2022, Jesuit Urumuri Centre at its premises hosted teachers from 13 partner schools in the AHAPPY generation program during a launch of program activities for the academic year 2022-23. The program was initiated by the African Jesuits AIDS Network and introduced in Rwanda by JUC towards the end of 2019. It is a program meant to curb high rates of school drop-outs caused by unplanned teenage pregnancies, substance abuse and HIV/AIDS. Due to the outbreak of the COVID-19 pandemic in early 2020, the program was suspended as there was no access to students. It was re-launched at the beginning of the academic year 2021-2022 as regulations had been lifted. 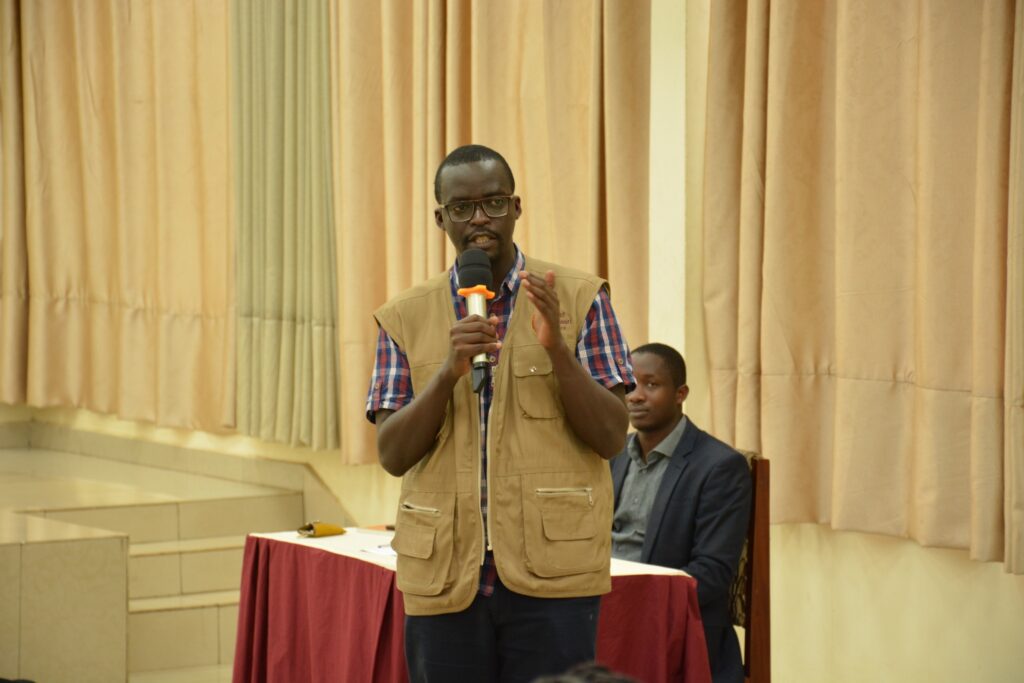 As he was delivering his welcome remarks, JUC director Fr. Ernest Ngiyembere, SJ, thanked all the teachers and their schools for their continued collaboration in implementing the program. He spoke about the Society of Jesus and its general mission of promoting the dignity of all human persons especially the most vulnerable; “We as Jesuits believe in the importance of this program for our youth. As you have read in its manual, this program intends to guide our children to bright and successful futures.” He added that teachers are very integral in disseminating the program as he expressed his gratitude to teachers in general; “All of you here are very valuable people in the growth and formation of a human being. I have heard countless testimonies of people that go on to become successful, remembering a teacher that taught them either in primary or secondary school. Don’t for a second think you’re only doing your job, you’re investing in the future of our nation, our world.” 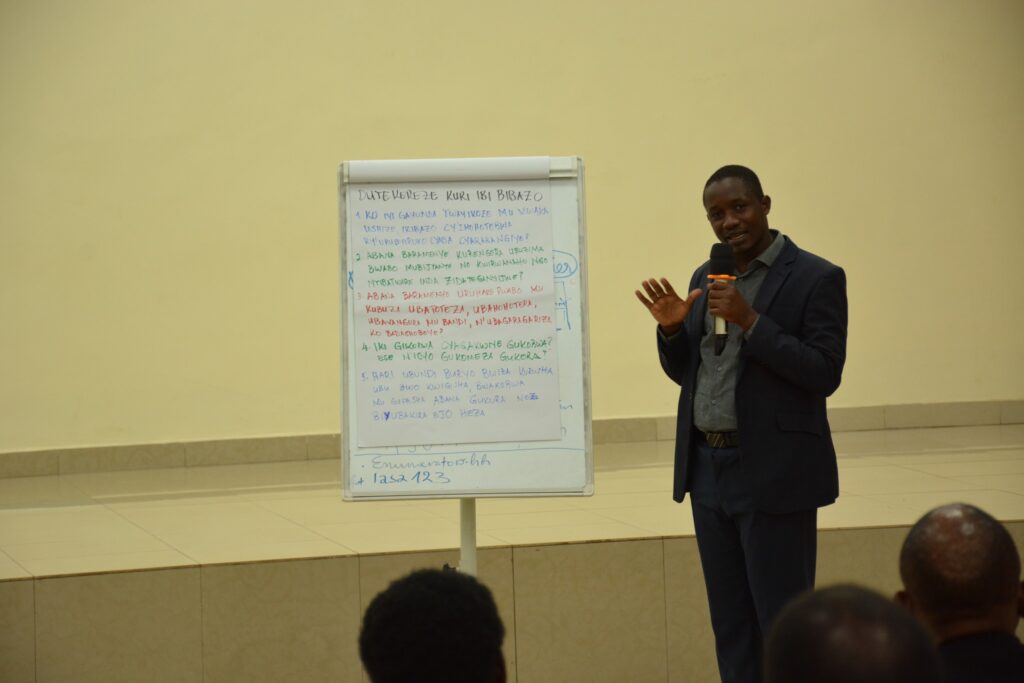 JUC’s assistant director Mr Pierre Nyandwi, SJ, gave the day’s presentation in detail. He spoke about the centre’s gratitude for the project having been successfully run in partner schools. He also spoke about what JUC stands for and the importance of the AHAPPY generation program; “We Jesuits have a guide for improving our apostolic work, namely the Universal Apostolic Preferences. One of the four that have been set for 2019-2029 is accompanying the youth in the creation of a hope-filled future. Our desire is for our children to grow up as integral well-balanced people. This balance consists of physical, intellectual, social, spiritual and emotional dimensions which the program manual teaches in detail.”

He went on to give a run-down of planned activities for the current academic year and concluded his presentation by giving a brief report on the recently ended academic year 2021-22. He went over the various triumphs that were recorded but also stated a few challenges faced along the way. One of them is that the Centre could not access students for a long time and another was that some teachers that had been trained in the program moved to other schools leaving club members with only one mentor which could be challenging for the one left behind. He presented a recommendation; “If you find yourself moving to another school, please do inform us and give us a suggestion on who can replace you. Also give the youth responsibility such that even in the absence of both mentors, the former carry on with activities.” 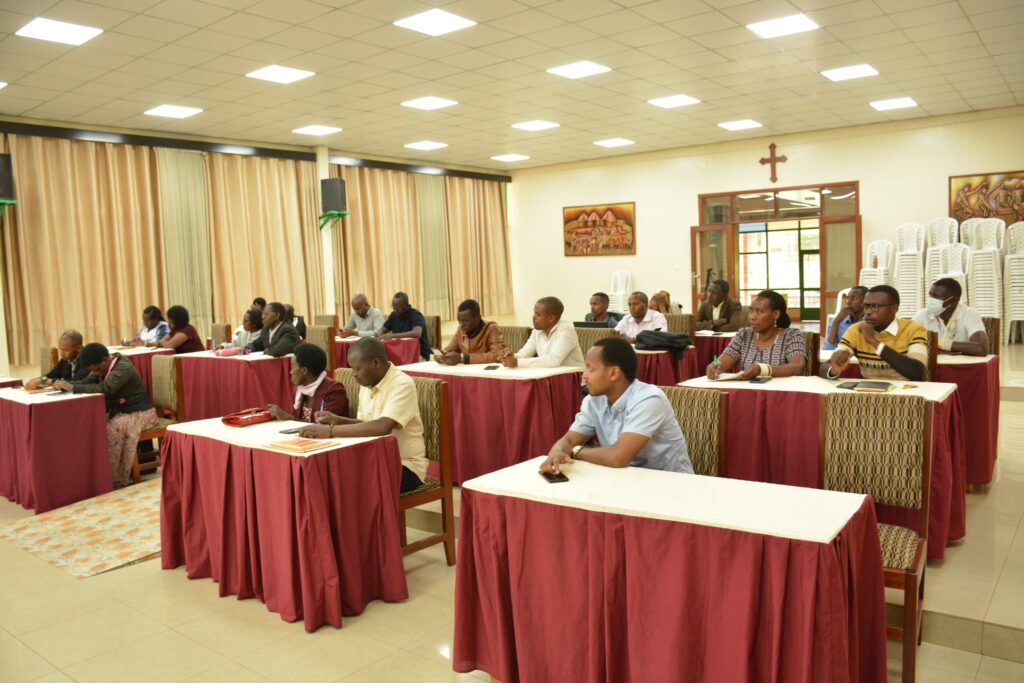 The teachers’ overall reactions to the day were positive as they assured Mr Pierre of their total collaboration. Here is what some had to say; 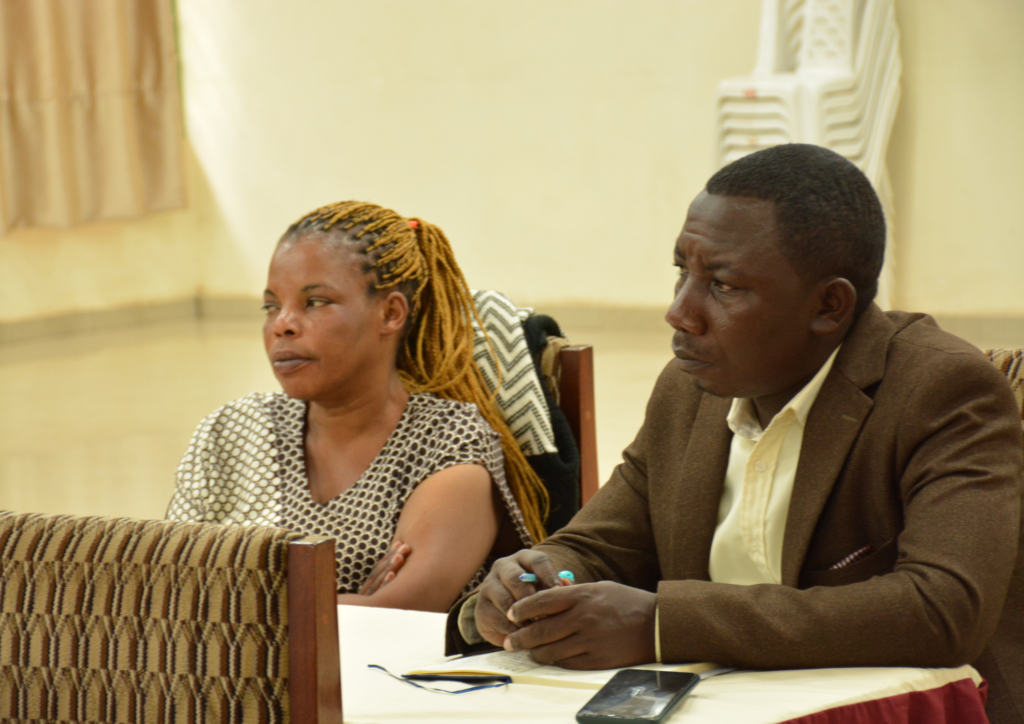 “I have a student whose life has been changed by the program. He started secondary school right after his father had killed his mother and then his father lost his own life while trying to get away. This student’s older brother immediately fell prey to substance abuse and other bad behaviors. This child however, immediately joined the AHAPPY generation club and I believe it is what saved him. He loved the club so much that he became like its ambassador consistently telling his peers to join. Surprisingly, he has been performing well in school such that he has passed his O’ level exams and has begun his A’ level. I express my gratitude for this program” ~ Mr Esron Ndayisenga, Groupe Scolaire St. Famille. 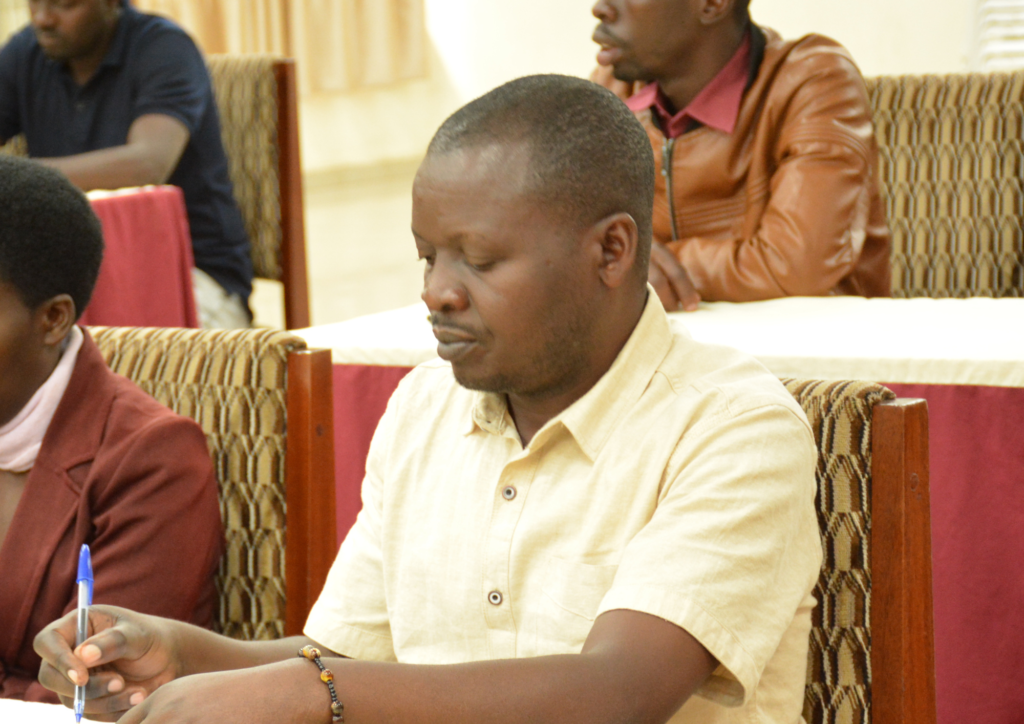 “I too have a testimony about a girl I encouraged to join the AHAPPY club last year. She was even one of the 5 students that represented our school here at JUC during the African child’s day celebrations. She said to me that she learned leadership skills during our club meetings. As we speak she has been appointed head girl yet she is only in form 2” ~ Mr Francois Xavier Munyanziza, Groupe Scolaire Gahanga 1. 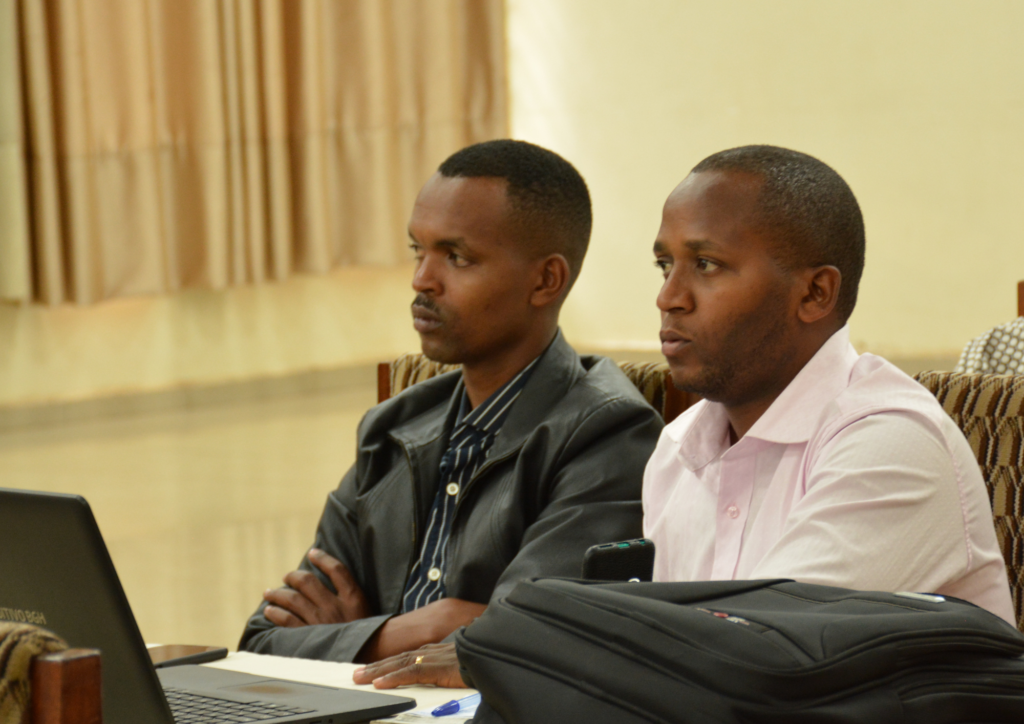 “I would say that the biggest change I have seen at my school is that drop-outs due to pregnancy have become fewer. There used to be at least 5 every year, but last year only 2 were recorded. It is a step towards having none at all in the coming academic years” ~ Mr Ferdinard Ntakirutimana, Groupe Scolaire Karembure. 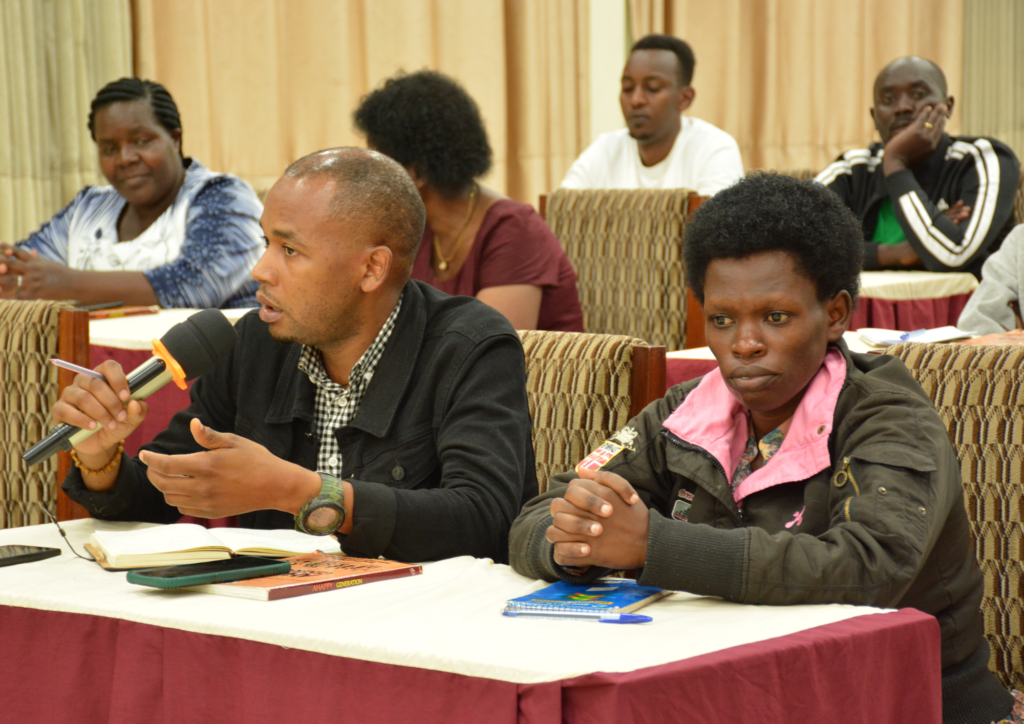 “There are 3 boys at my school that we almost lost to bad company, and then they took notice of our club. They were first attracted by our bright branded t-shirts which we got from JUC. They soon started regularly attending our meetings and we saw them move further and further away from the threatening bad company. Today they are exemplary high-scoring and disciplined children whom we consider role models to their peers.” ~ Ms Angelique Beretsurora, Groupe Scolaire Kinyinya Catholique.

Following this launch, the Centre will begin visiting schools to assess the progress of the program implementation in AHAPPY clubs.