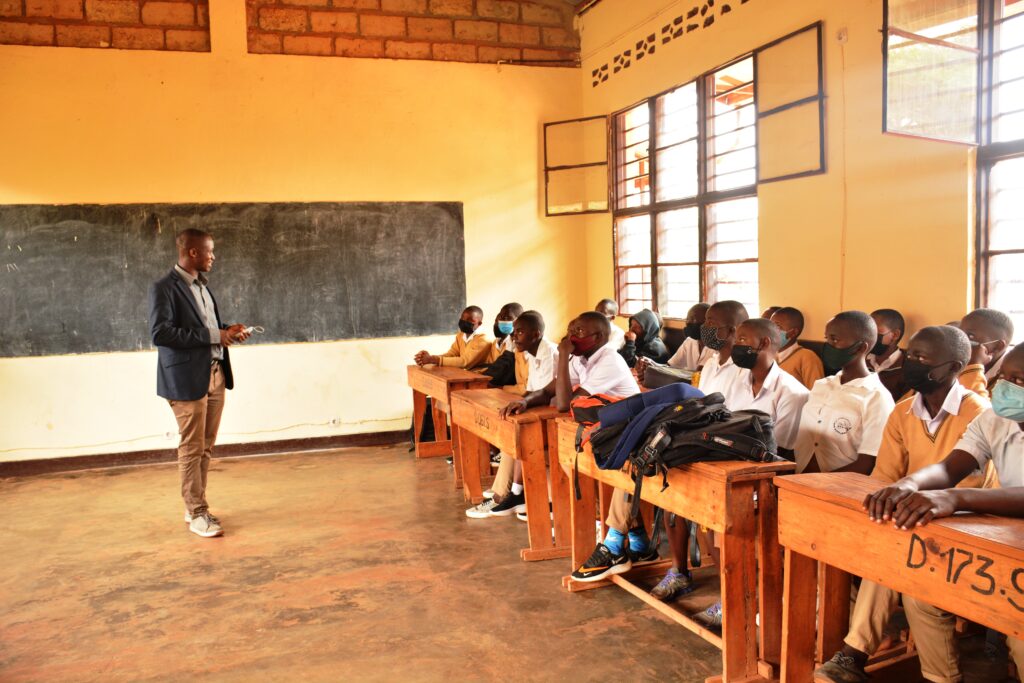 School visits to partner schools in the AHAPPY generation program have ensued the recent re-launch of the program. JUC staff has begun making their way to the 13 schools to assess the implementation process of the program on the ground.

At GS Gihogwe Catholique we were received by mentors Mrs Domina Uwizera and Mr. Theogene Sibomana and found an AHAPPY club with 27 members consisting of 9 girls and 18 boys. At GS Kabuye Catholique we were received by Mr. Augustin Rwambibi and Mr Joseph Nizeyimana with a group of 48 girls and 22 boys. At GS Nduba Catholique Mr. Valens Habimana and Mrs Clementine Mukamazimpaka had gathered 25 girls and 16 boys for their AHAPPY club meeting. 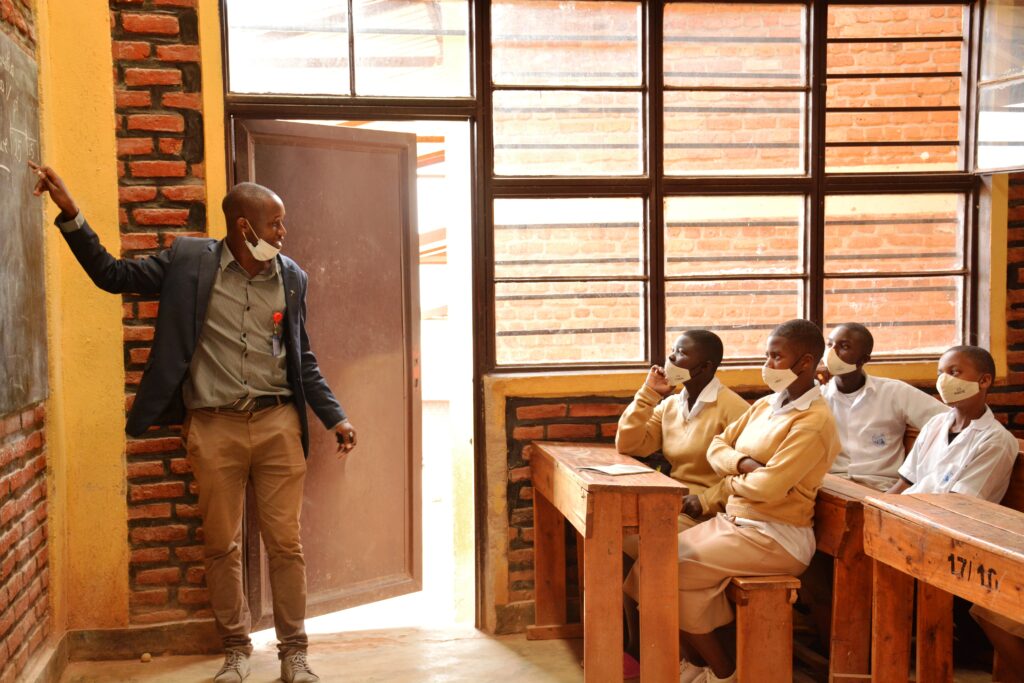 At the schools, Pierre presented talks on the AHAPPY generation program with particular focus on introducing the program to the students. As mentors had asked for time to mobilize students, this week was mostly meant to introduce the program to them. Pierre taught the students about the concept of AHAPPY and its overall goal of moulding the youth into well- rounded people; “It is good to be physically, intellectually, emotionally, spiritually and socially balanced. This will ensure your becoming a well-rounded person or as JUC motto says a person fully alive”. 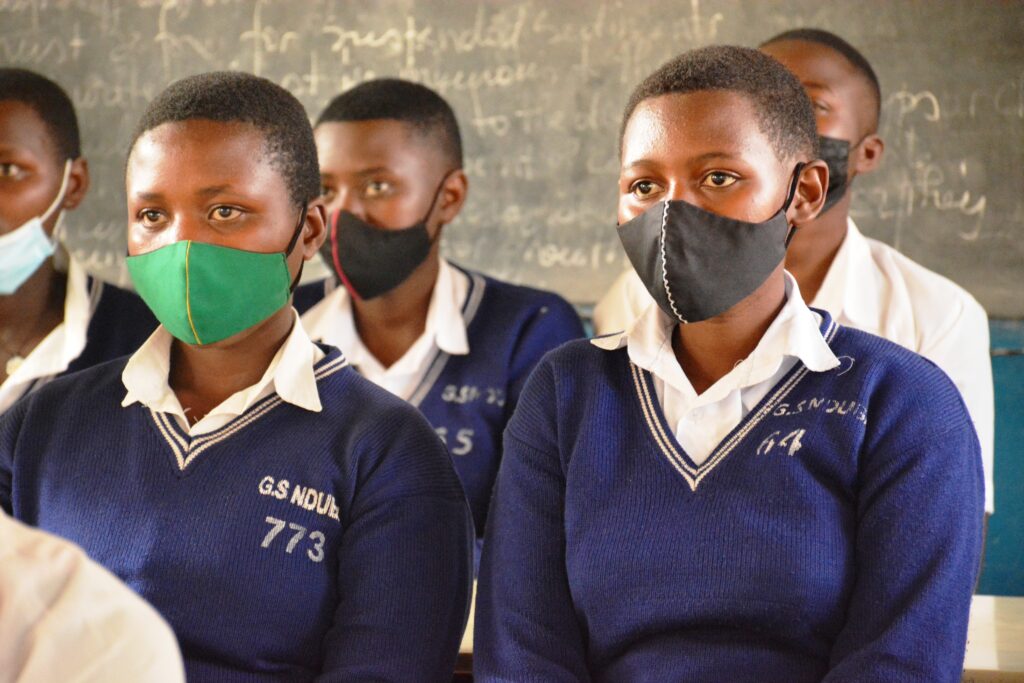 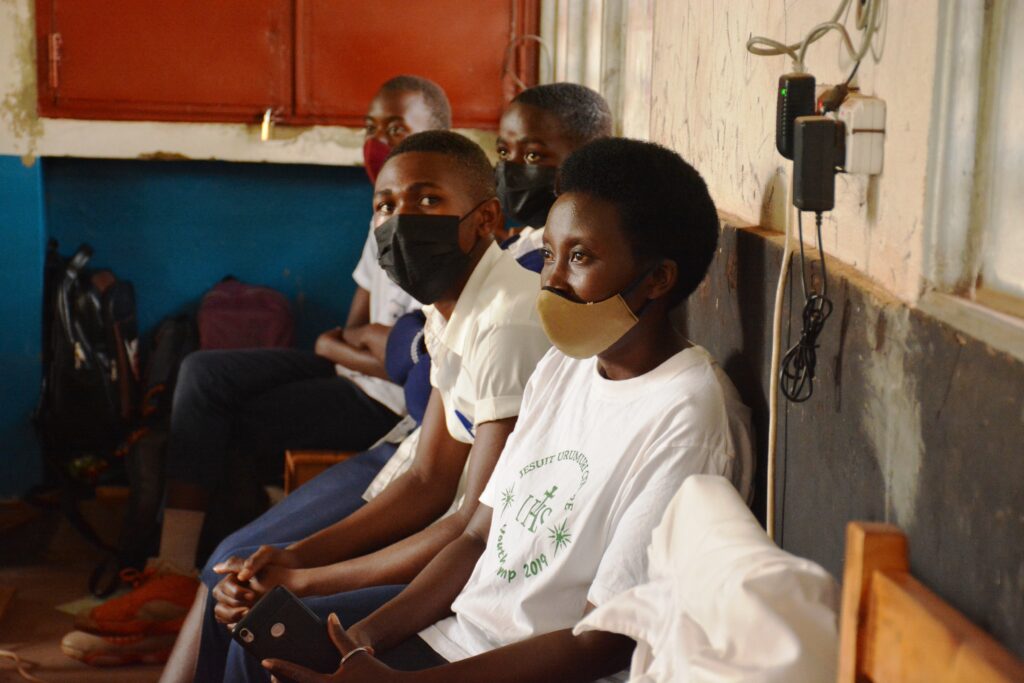 Following the talks, Pierre engaged with the students with a question and answer question session in an effort to gauge their knowledge on HIV&AIDS, drug abuse and unwanted pregnancies.

Students discussed the fact that they all know at least one member of their peers who dropped out of school either due to HIV&AIDS, unwanted pregnancy or drug abuse. These cases have multiplied recently due to the outbreak of the COVID-19 pandemic. Poverty caused by the pandemic influenced especially vulnerable young girls into getting manipulated by men. These men take sexual advantage of the girls in exchange of money and favors, resulting in more unwanted pregnancies and HIV infections. Both genders also abused drugs due to idleness and feeling despair caused by the uncertainty of the pandemic. 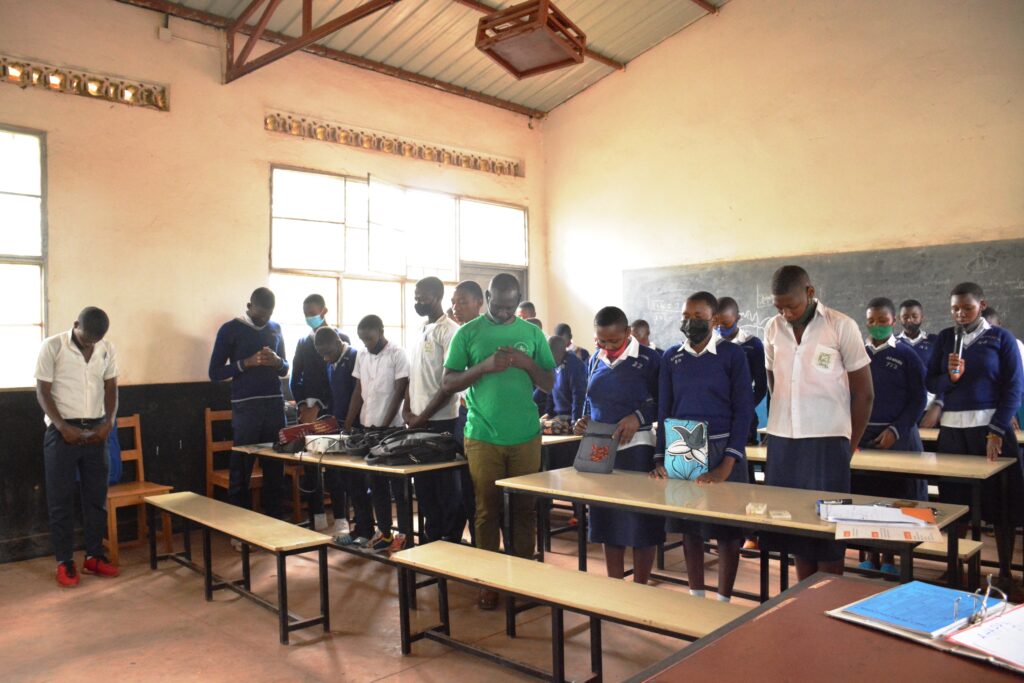 Pierre also taught on the fact that these students are in the first generation and must therefore prepare well for their second, third and fourth generations. He asked them to make sure to reach these generations having studied and concluded their education well and having avoided drug abuse, unwanted pregnancies and HIV&AIDS.

Pierre concluded the discussions by asking students to remain steadfast in building bring futures for themselves. He asked them to stay away from unnecessary distractions and vices and encouraged them to remain committed to making informed and responsible decisions and fair judgment about life circumstances.

He also encouraged mentors of these schools to continue using the manual of the program as they guide the young adolescents into becoming well-rounded members of the Society.