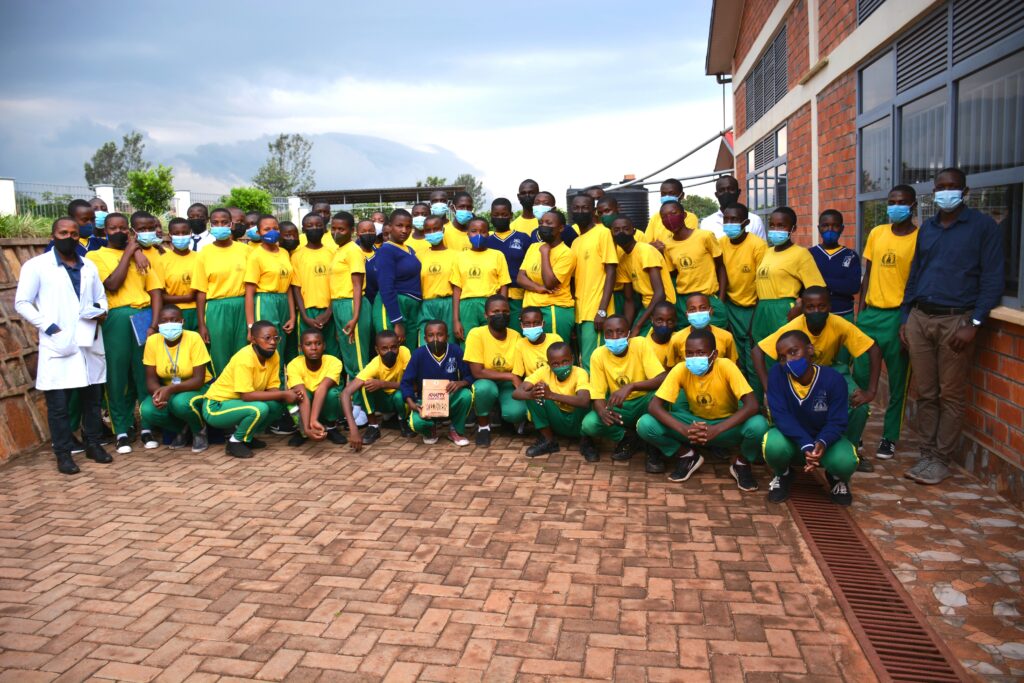 As part of the ongoing visits to partner schools in the AHAPPY generation program, on Wednesday 16 February 2022 Jesuit Urumuri Centre Assistant Director Mr. Pierre Nyandwi, SJ this time headed to Groupe Scolaire St. Vincent Pallotti Gikondo, Groupe Scolaire Gahanga1  and Groupe Scolaire Karembure to assess progress of the implementation of the program in the schools. 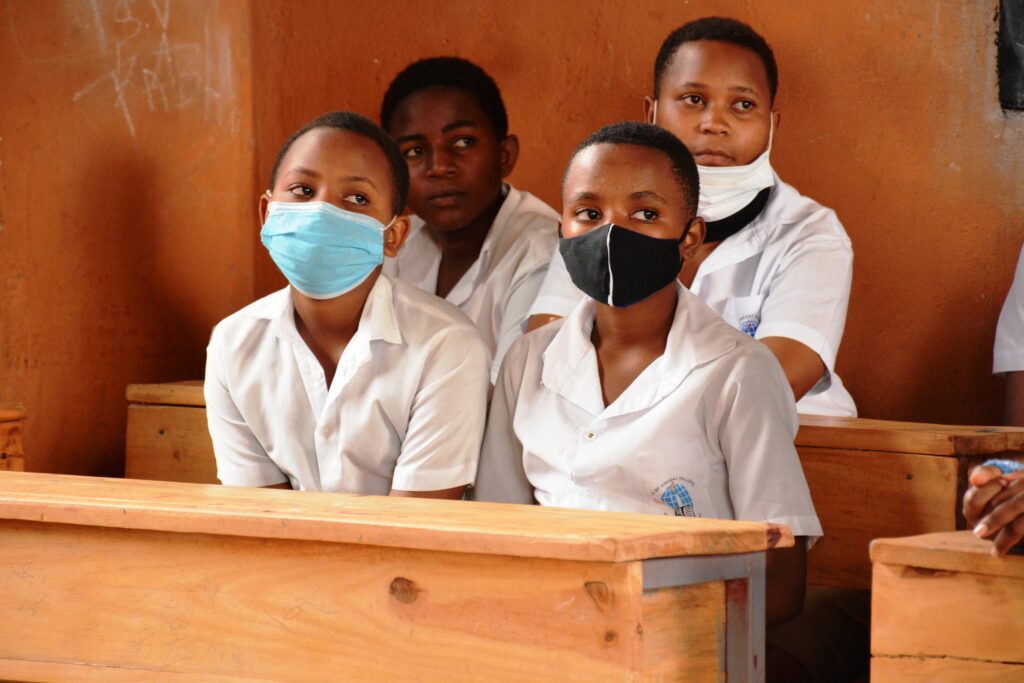 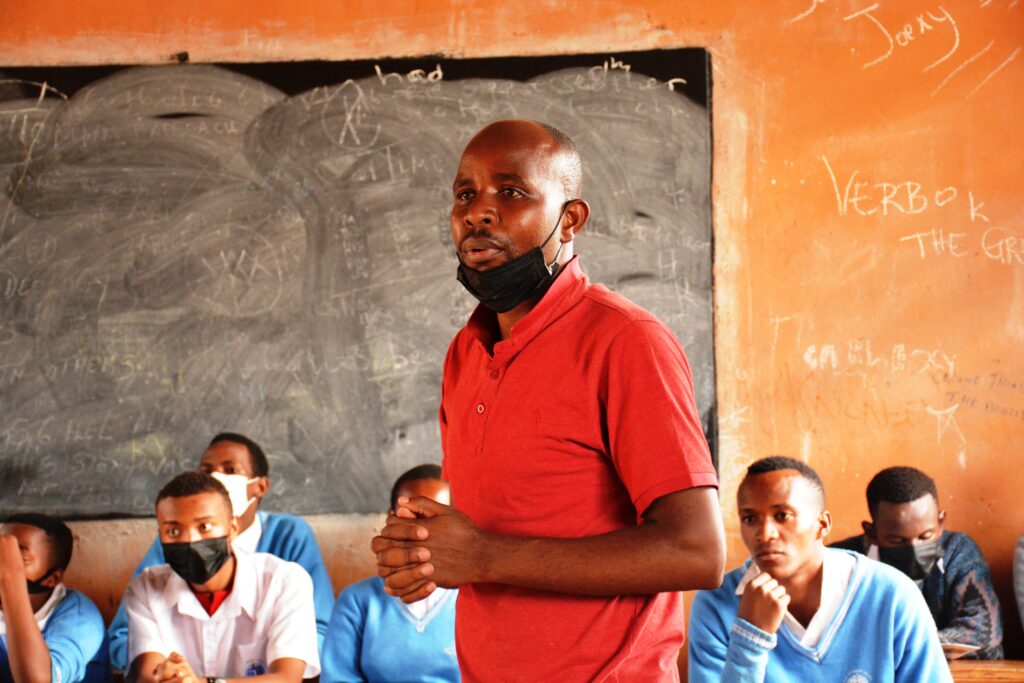 Pierre begun by quizzing the students on their knowledge about the purpose of the program in general. He was pleased to note that the latter have a general knowledge of the program and understand its goal, which is to empower young people to make informed and responsible choices leading to blossoming and successful social lives in an AIDS-free generation. 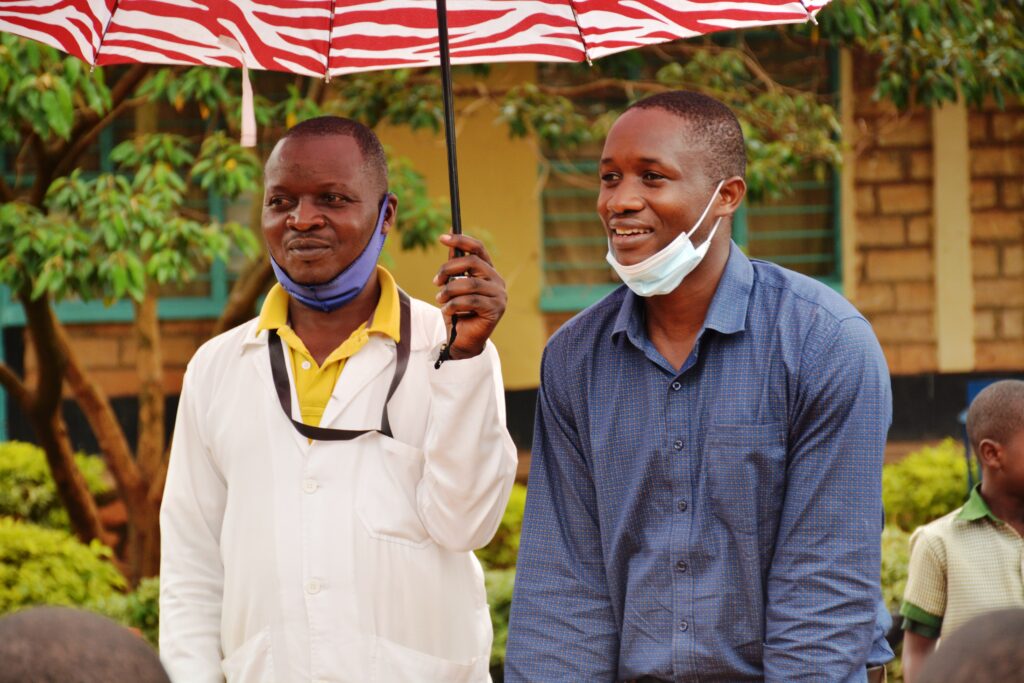 Pierre then taught them about the network of Jesuits (AJAN) that initiated the program, on the society of Jesus in general and on Jesuit Urumuri Centre, the institution that is facilitating the implementation of the program in Rwanda; “though we are a generation that wants to be ‘happy’ having avoided drugs, unwanted pregnancies and HIV/AIDS, AHAPPY is actually an abbreviation and is a network or a generation that strives to fight HIV/AIDS drawing on Catholic doctrine regarding human sexuality and reproductive health”. 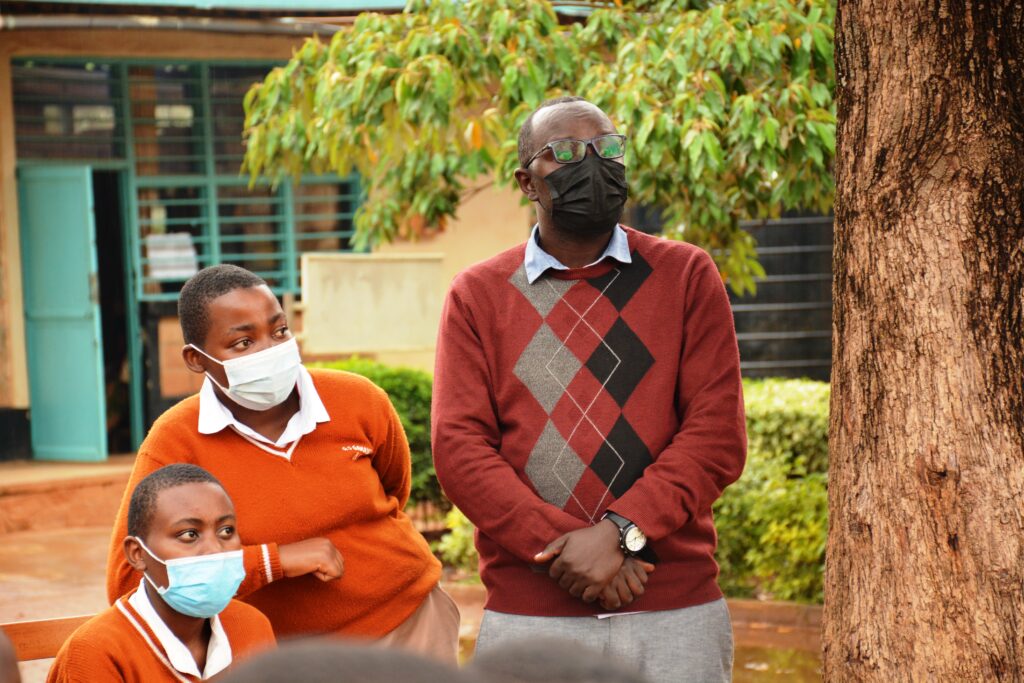 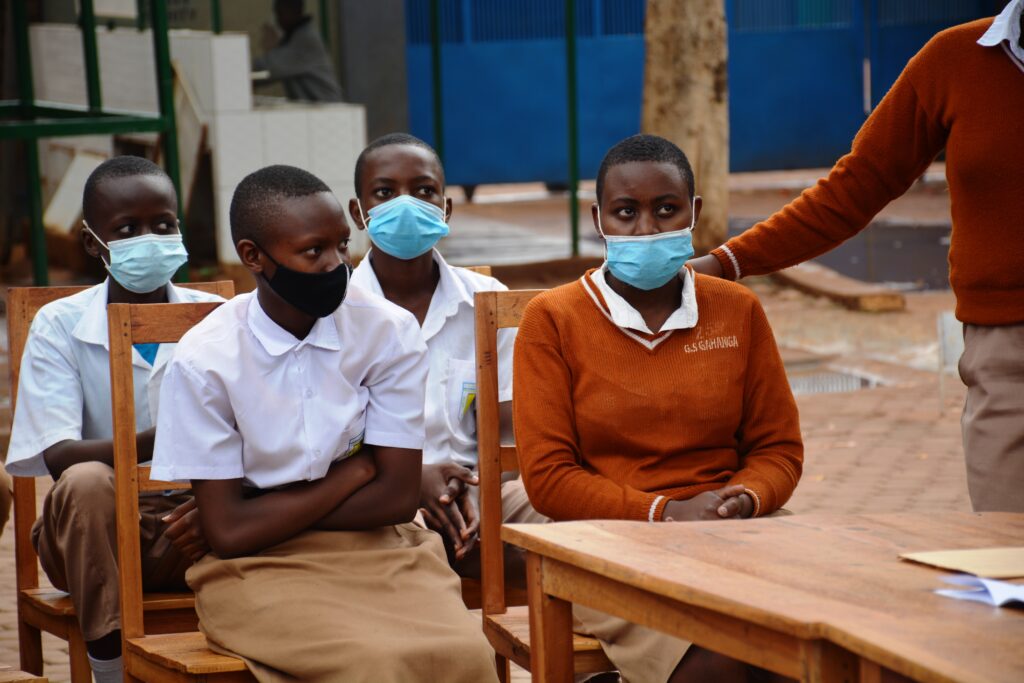 He then taught on physical changes that occur on our bodies especially during adolescent years. He acknowledged the hormones that make adolescents develop sexual attraction to others, and advised the students not to act on them. He encouraged these youth to be courageous and protect their bright futures. 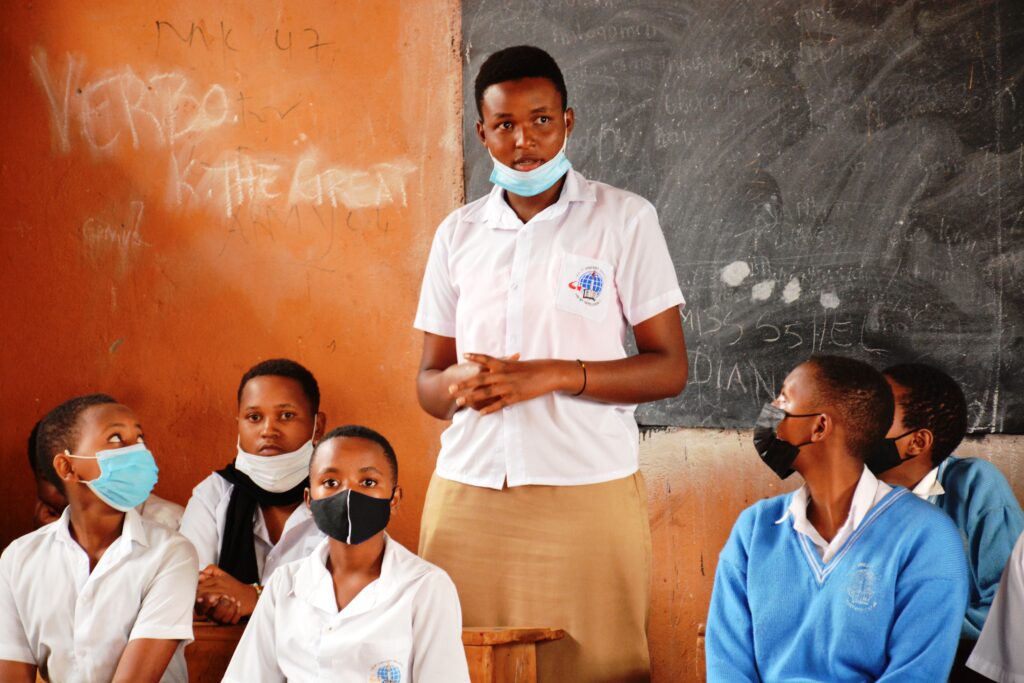 Students were alert and participative as they asked questions where they needed clarification. A student at GS Karembure Rosine Iradukunda asked whether there is anything wrong with engaging in sexual activity if one uses protection; “There are men out here who offer us to take care of us and pay for our education in exchange of sexual favors, how can I pass up such an opportunity if I know how to protect myself from HIV/AIDS and unwanted pregnancy?”. To this, Pierre responded to her by saying that there are many risks in getting into such situations. There are chances of becoming addicted to such activities at a young age such that they become the main focus of one’s existence. Secondly, accidents can happen where so called protection becomes useless in the end. But overally the Catholic Church teaches abstinence as it is the full proof plan of avoiding unnecessary and sinful situations such as pregnancies that end in abortions. 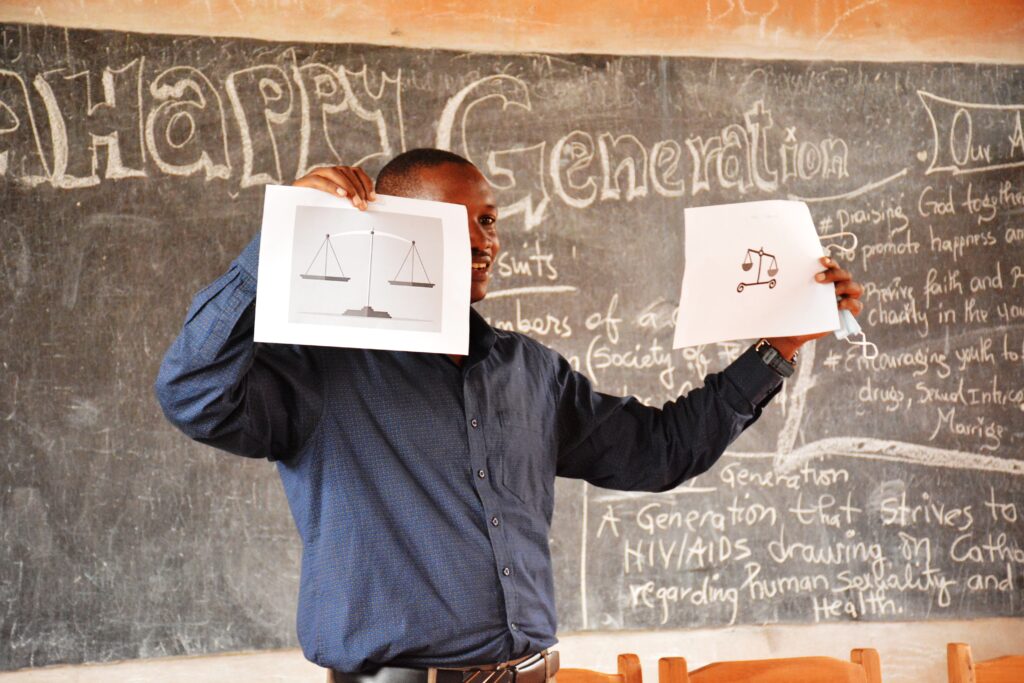 Pierre concluded the talks by asking students to strive to be well-rounded individuals balanced in all dimensions of life; physically, intellectually, socially, spiritually and emotionally. 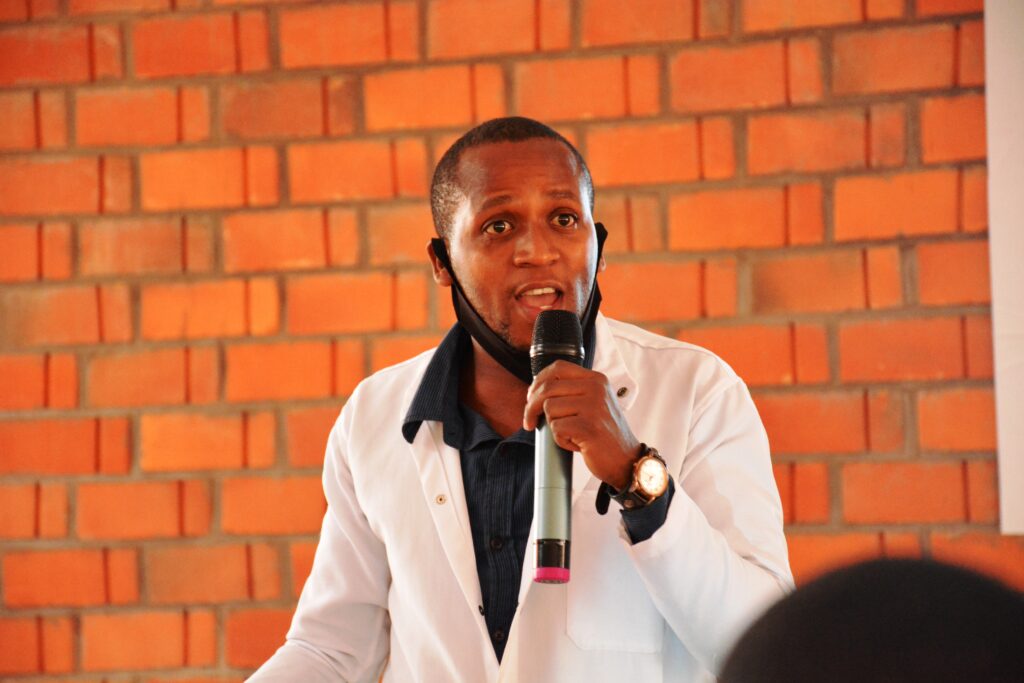 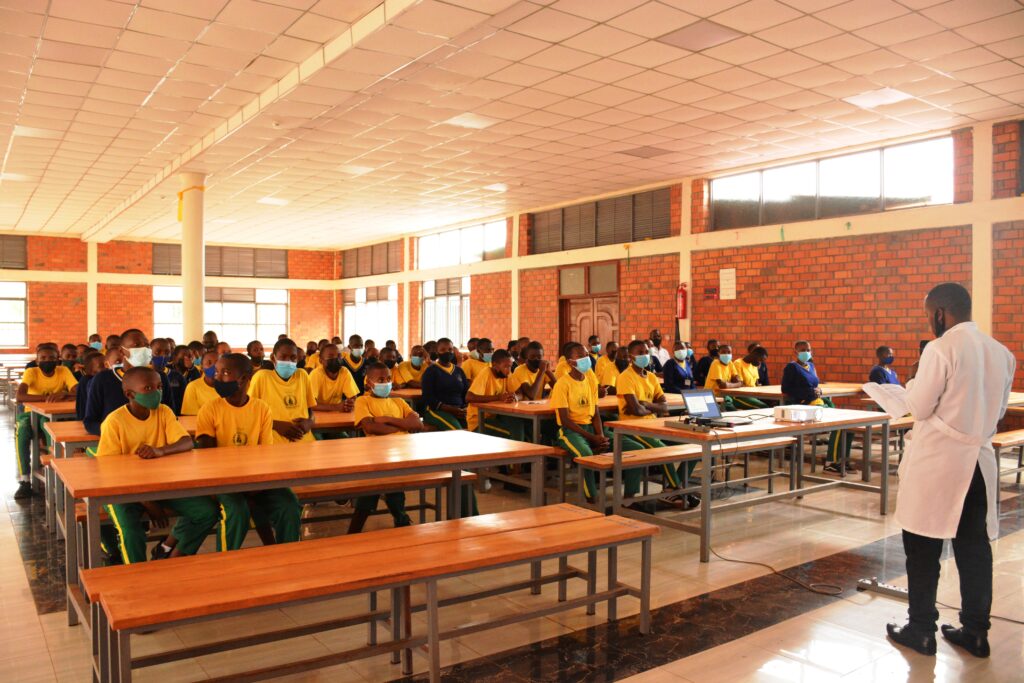 This is the 3rd week since the re-launch of the program and JUC has so far visited 6 partner schools. Moving forward the Centre will visit 7 remaining schools and afterwards will gather all schools for an inter-school competition for the purpose of gauging the students’ internalization of the program teachings.