AHAPPY Generation; Mentors and Students Rise Up to the Challenge

AHAPPY Generation; Mentors and Students Rise Up to the Challenge 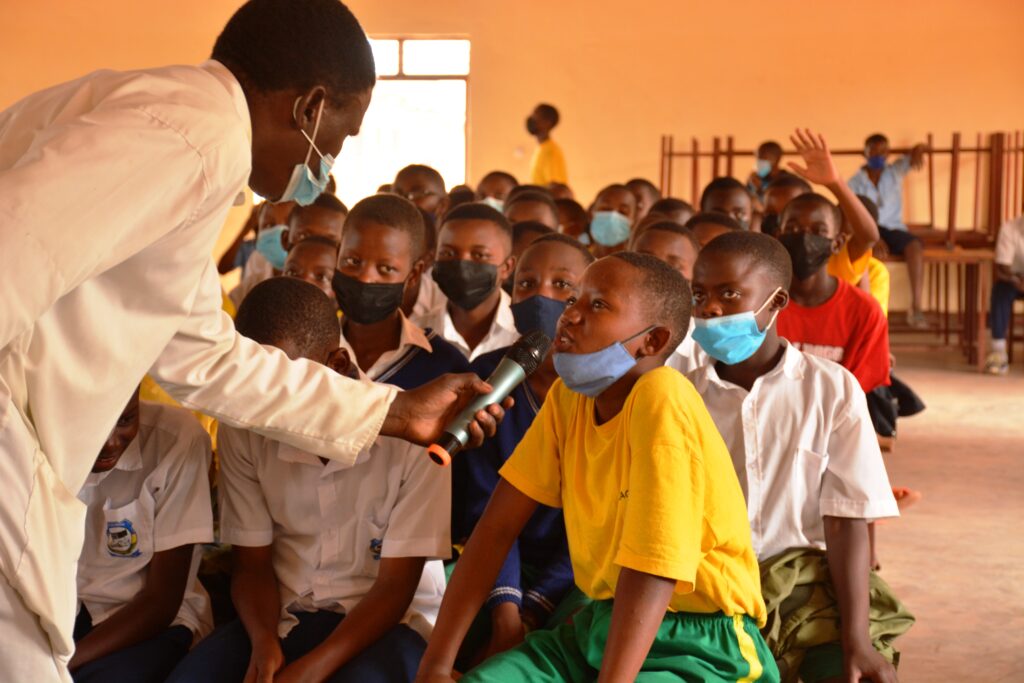 The AHAPPY Generation program has kept a fast pace in its implementation process in partner schools with JUC visiting two more schools to assess progress. On Friday 25 February 2022, JUC assistant director, Mr. Pierre Nyandwi, SJ made his way to Groupe Scolaire Kagugu Catholique where he was received by Mr. Desire Rwigamba and Mr. Theogene Ruberanziza who run an AHAPPY club of 26 girls and 22 boys. Later he went to Groupe Scolaire Kabuga Catholique where Mr. Sylvere Havugimana was facilitating an AHAPPY meeting with 12 girls and 9 boys. 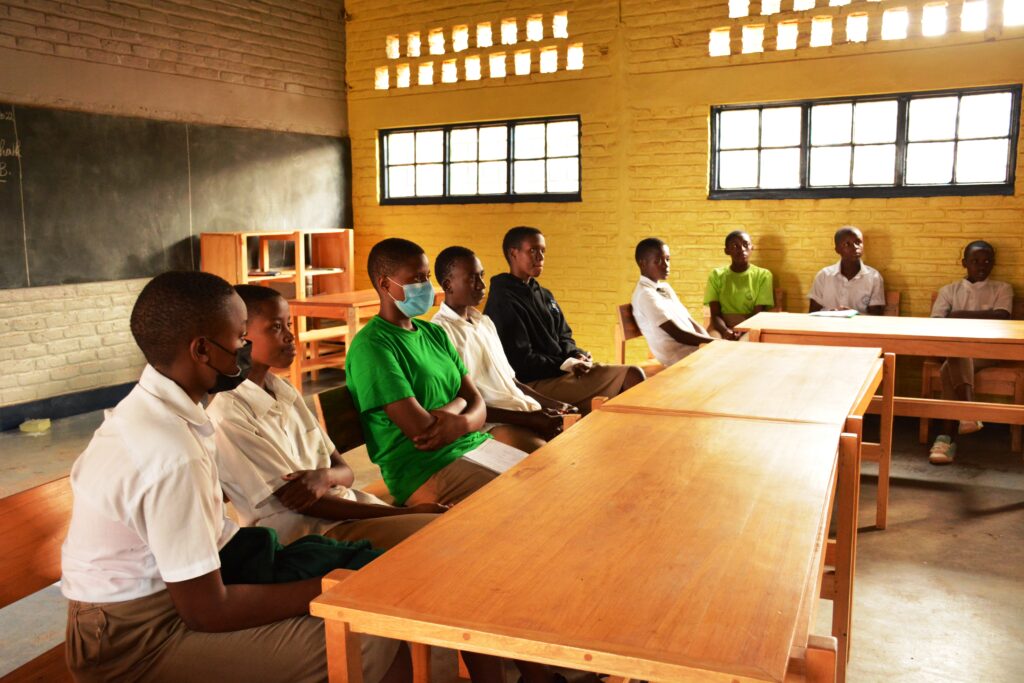 Pierre was pleased to note that both clubs at the schools are functioning and that they are learning the manual at a satisfying pace. As the project is short and is meant to take up only a few months, it is imperative for mentors to go speedily through the manual with its beneficiaries to conclude the project on schedule. This means members are covering up to 2 or 3 chapters per week. 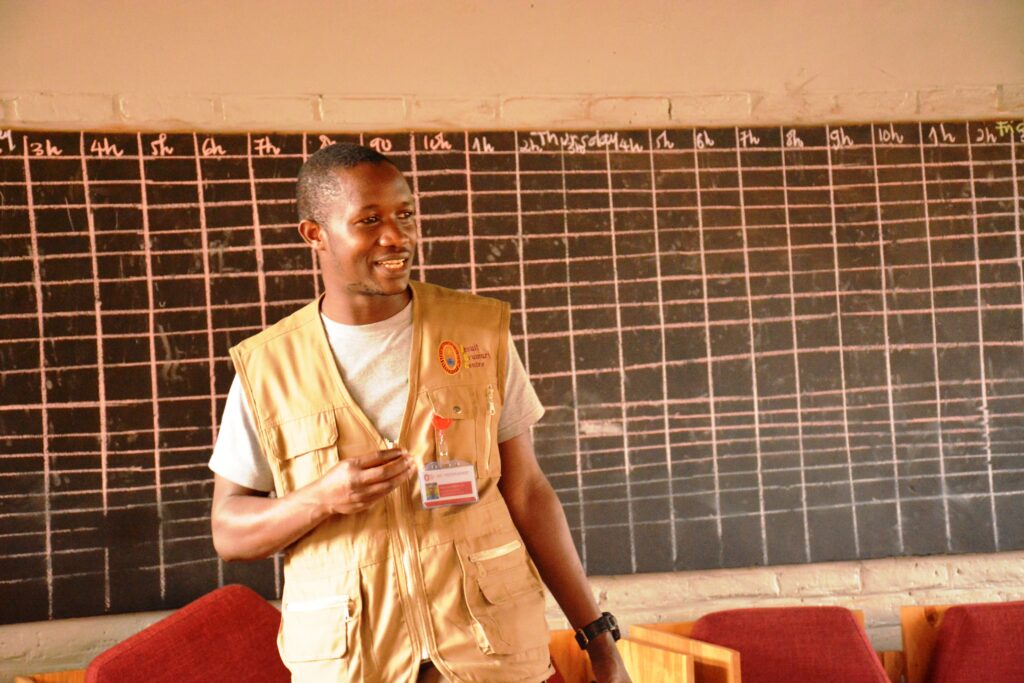 Speaking at both schools, Pierre expressed his gratitude to mentors as well as to students for having found the time and commitment to meet and learn the manual despite the difficult times we are in that don’t allow for frequent- or in some areas any- congregation. He spoke to them about some of the concerns that were raised at the schools he previously visited namely;

• What to do when tempted with money and favors for sexual relations.
• What to do in the rare case of falling in love with someone who is HIV positive.
• How to navigate life and relationships if HIV positive themselves. 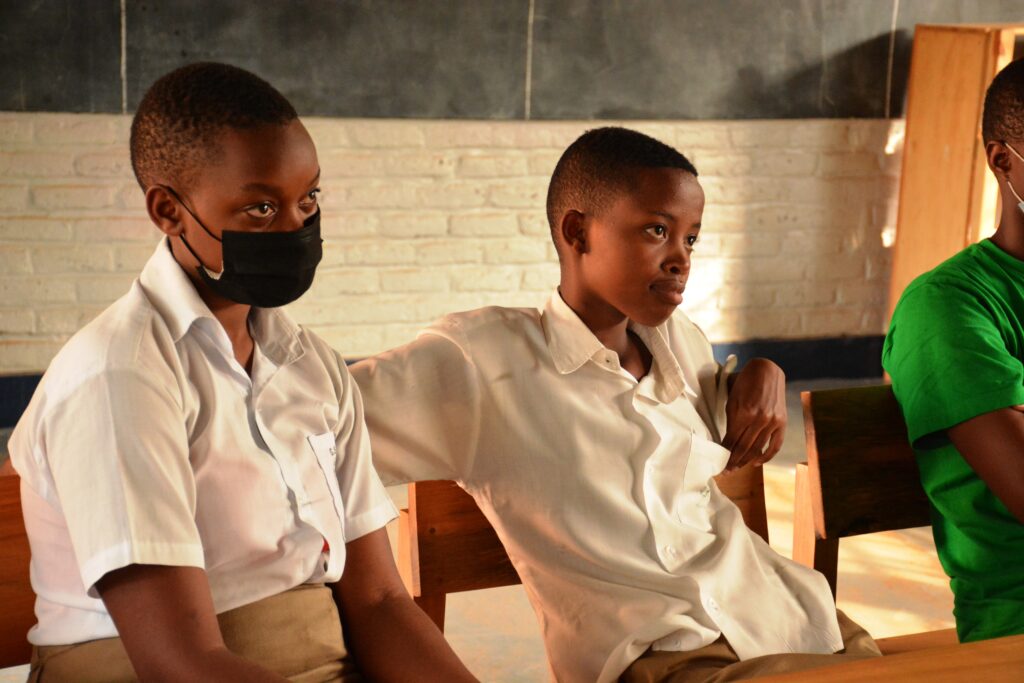 Students in the AHAPPY Club at GS Kabuga Catholique

Pierre taught them about fighting stigma and treating those with HIV as equal members of society deserving of human dignity; “There are some among us who were born with HIV or contracted it by some form or another, they should not be ostracized, they need care and affection just as we all do. Most often when they follow doctor’s advices and take their medication well they live or outlive the average life expectancy. Let’s therefore love and advocate for their dignity for the greater glory of God”. 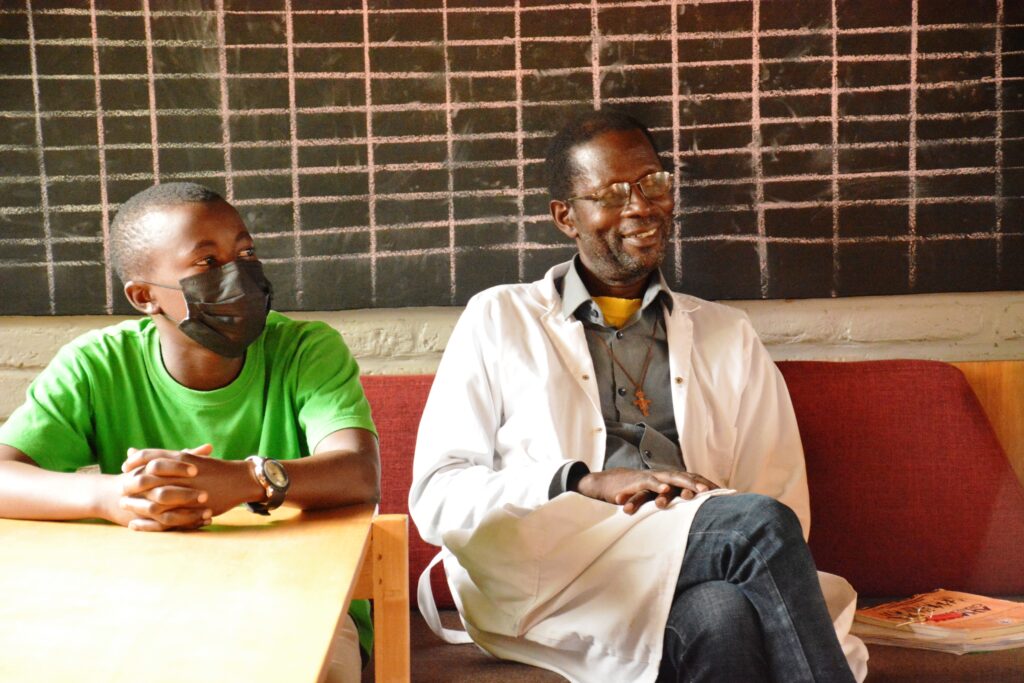 A question and answer session followed the talks where a student at GS Kabuga Catholique surprised Pierre by asking about the connection between St. Ignatius of Loyola and the AHAPPY generation program to which Pierre responded by going through a brief history about the founder of the Society of Jesus and African Jesuits AIDS Network (AJAN).

As has become expected at each visit, Pierre concluded by reminding students to write essays for the AJAN competition, meant to commemorate the 20 year jubilee of the institution. The overall winner of this competition will receive among other rewards, a monetary award, publication in Newsletters at various levels and the opportunity to transform the winning essay into a video script.