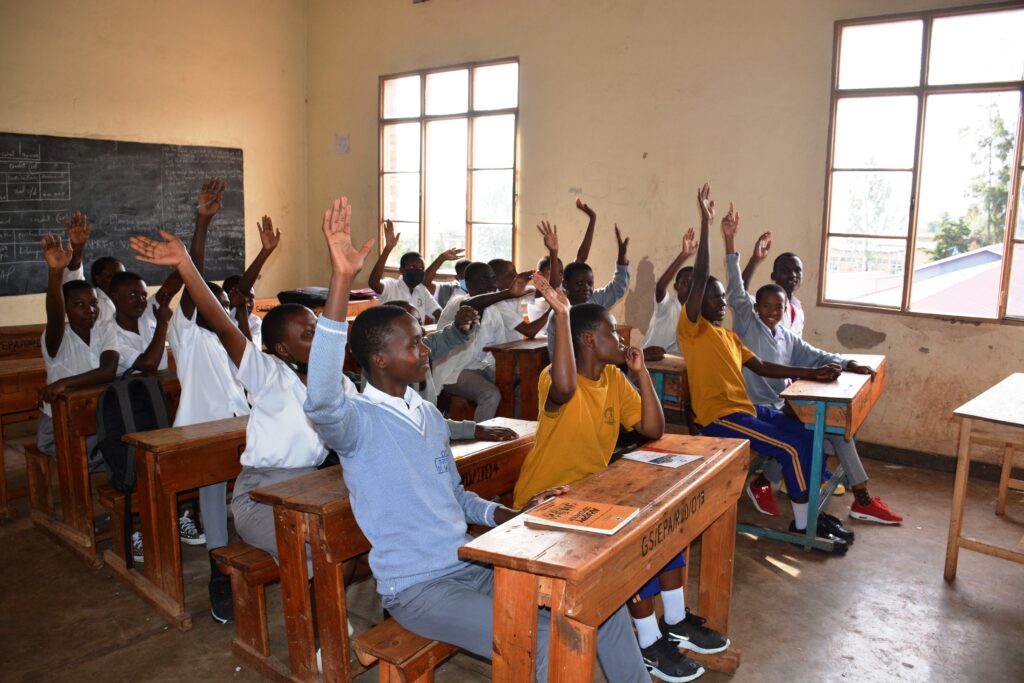 “Who wants to stick to our goals and objectives so as to live in an AIDS-free generation?” ~ at GS St. Michel

On Friday May 20 2022, assistant director of Jesuit Urumuri Centre Mr. Pierre Nyandwi, SJ, made his way to Groupe Scolaire EPA St Michel and Groupe Scolaire St. Famille to make an evaluation of the implementation of the AHAPPY Generation program at the schools. At St. Michel to receive him were the headmaster Mr. Antoine Rusingizandekwe, AHAPPY club mentor Mrs Euphrasie Harerimana and an AHAPPY club of 10 girls and 8 boys. At St Famille to receive Pierre were AHAPPY mentors Mr Esron Ndayisenga, Mrs. Josiane Uwineza and Mrs. Claudine Mbazumutima with an AHAPPY club of 26 girls and 18 boys. 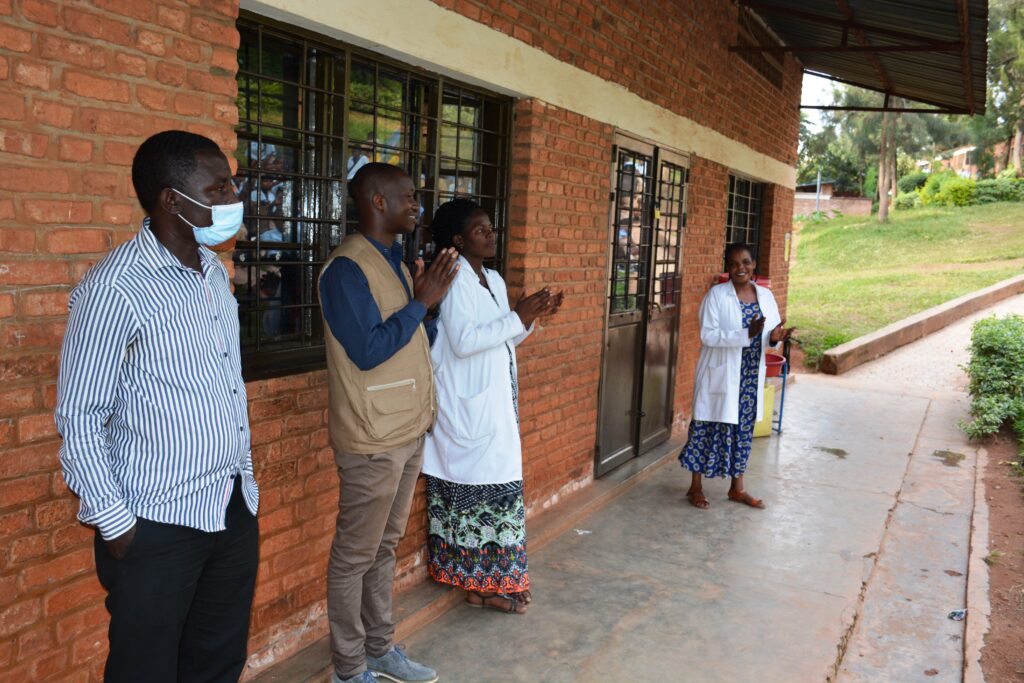 Speaking at both schools, Pierre expressed his delight in seeing that the clubs were operating and learning the program’s manual. This was after he had initially given beneficiaries a quick quiz to assess their knowledge of the program. He went on to speak to them briefly about the purpose of the program stating that it is meant to empower young people to make informed and responsible choices so as to eventually live in an AIDS- free generation and lead blossoming and successful lives. 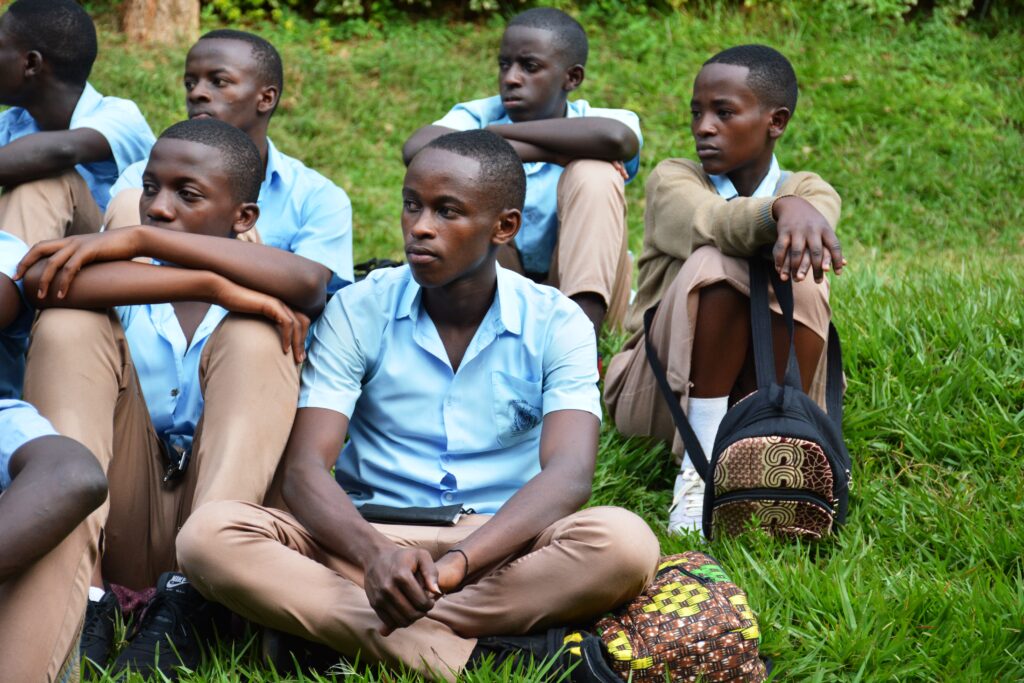 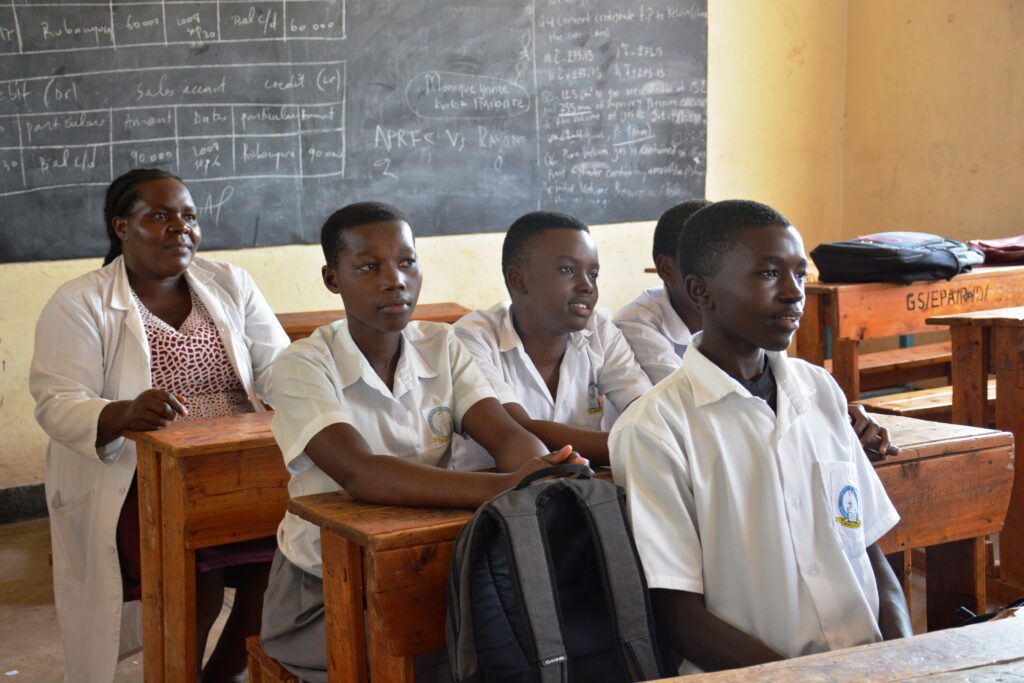 He compared their bright futures to the concept of a project to help them take in the message easier; “We are striving for you our youth to have bright futures and I would like you to similarize this to the idea of a project. We have the goal and objective of an AIDS-free generation, which can be similar to one starting say a poultry business and hoping it grows and becomes very successful. There are distractions that could take us off our paths such as drugs, early teen pregnancies and HIV&AIDS. These can be compared to thieves or wild animals for our poultry project. And these can result in loss for our project. We want therefore to avoid these distractions by all means.” He concluded his brief talk by asking if they want avoid project loss and stick to the goals and objectives of the AHAPPY generation program, to which they all responded that they all did. 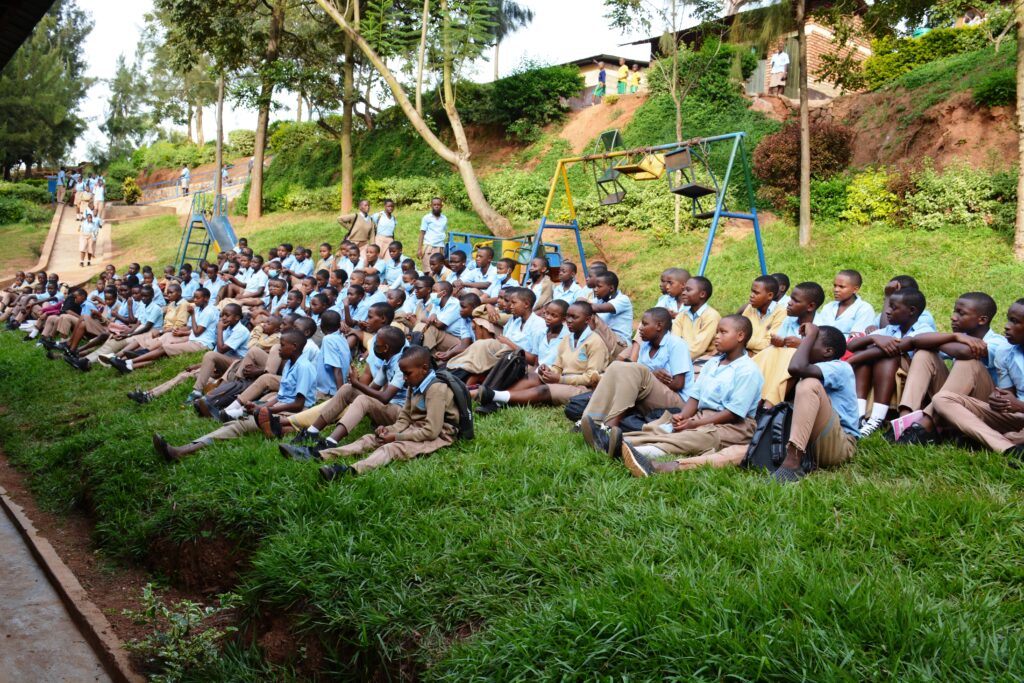 This visit concludes the activities that had been planned for the physical evaluation of the implementation process of the program at the schools, and will be followed by an AHAPPY inter-school creative arts competition to be held at Jesuit Urumuri Centre on June 16, 2022 (Youth Day).