My Story with Jesuit Urumuri Centre in Seven Keywords

My Story with Jesuit Urumuri Centre in Seven Keywords 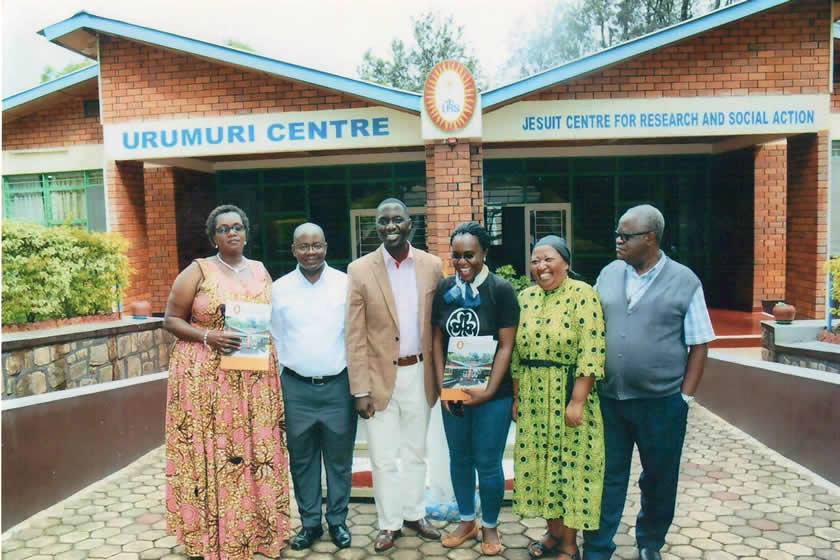 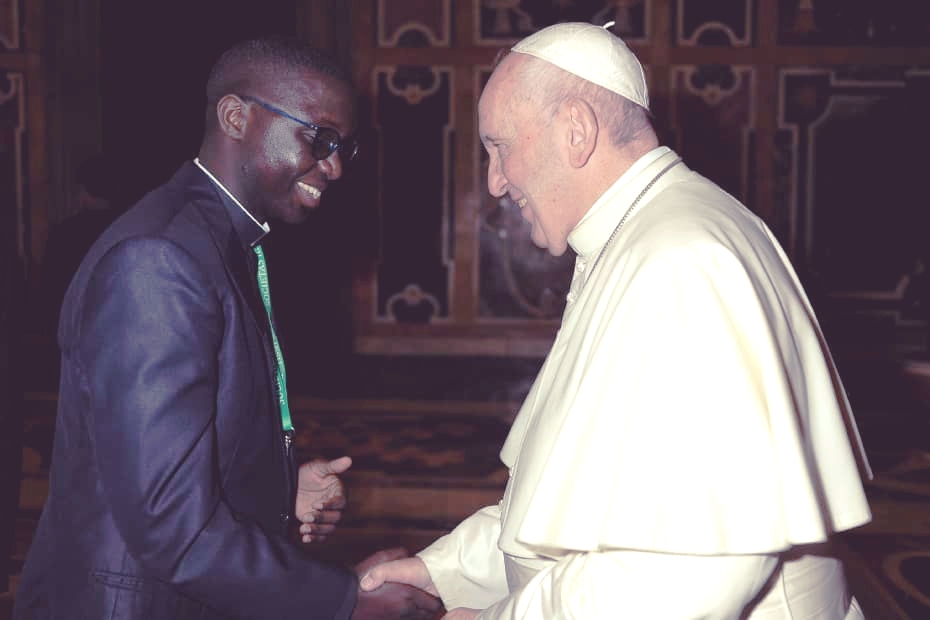 With his Holiness Pope Francis

The first anecdote is about a short but deep conversation I entertained with a Jesuit friend soon after my appointment as the incoming director of JUC. The Jesuit lamented the fact that for him JUC represented hope for the visibility of the RWB Jesuit engagement in social apostolate. However, seeing the pace at which things were moving, he confessed that he was running out of patience. The waiting had been way too long. He thought that if my work were going to remain “business as usually”, maybe I were to be the last to run JUC as a social centre; after me JUC could have no option except changing its mission and vocation.

The second anecdote is an experience I lived as a deacon while being introduced to the Sunday congregation of the Holy Trinity Chapel in Kimironko. The main celebrant struggled to name what my future mission in Rwanda was going to be; not because he did not know but he was uncomfortable to describe to the congregation what Urumuri Centre was really about by then. In the end, JUC was presented as an entertainment venue where people normally meet for parties and wedding receptions. 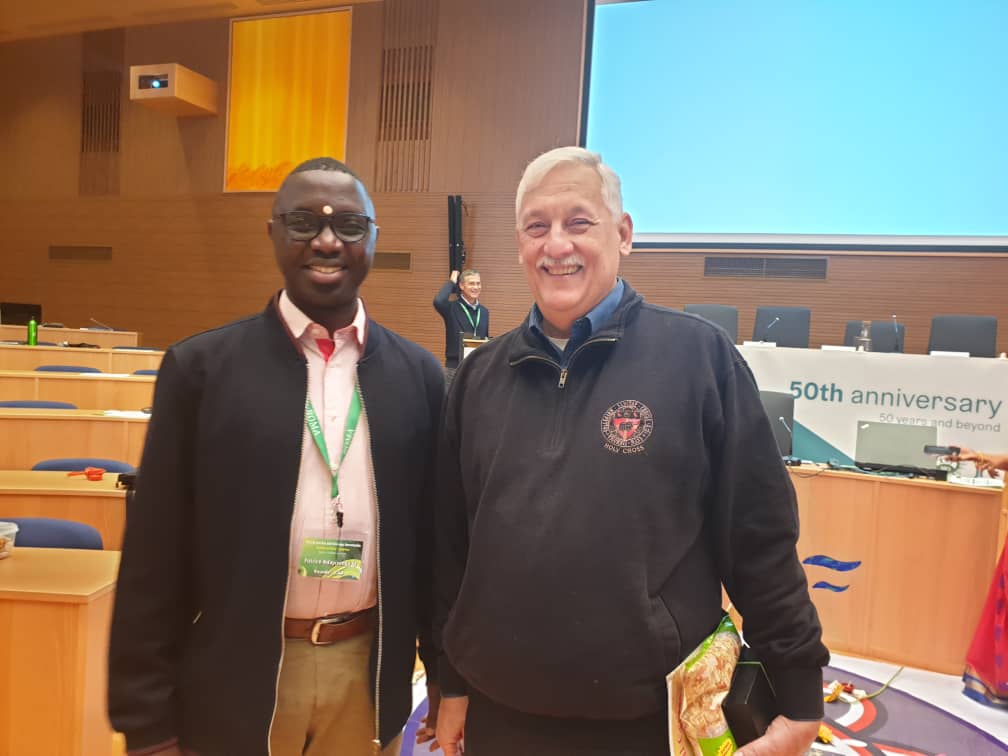 With Reverend Father Arturo Sosa SJ, Superior General of the Society of Jesus

The third anecdote is from a conversation with a senior Jesuit on the day of my ordination in the multipurpose hall of JUC. The Jesuit looked around and then looked me in the eyes. He told me that he wished there would be somebody to put up a Jesuit work that would add value to the outstanding infrastructure that JUC possessed at the time. I told him that I was the next director of JUC and I would remember his words. We laughed it off and he added, “Please do, for this place is surely underutilized.”

Like I said, the above encounters have largely motivated me and pushed me to get outside the box while contemplating my work with JUC. I am grateful to the three Jesuits for sharing their fears, hopes and mixed feelings which in fact were so much close to mine in many ways. To overcome their/our fears and to sow the seed of hope that we all cherished in JUC compelled me to ignite change and I have tried to do just that by drawing inspiration in the following seven keywords:

Boldness: by the time I assumed office, JUC was accustomed to gaining its income revenues through rental of its premises and some of its infrastructure to outside users. As such, little was known about the potential the Centre represented in terms of serving and advancing social apostolate activities since there were typically no existing initiatives in that direction. To some extent the heavy reliance on revenues from rental services threatened the idea of claiming back the Jesuit space for a Jesuit mission. 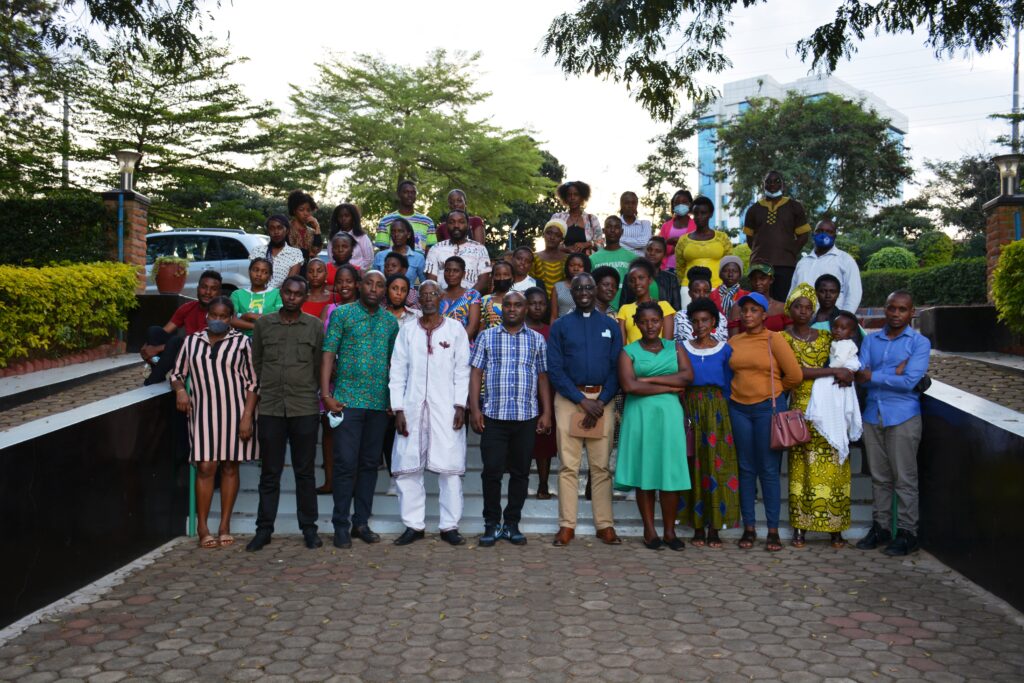 The move to do away with the usual way of doing things required audacity, and understanding among Jesuit confreres. It is often believed that growth incurs change all the time, but when that change requires a completely new set of perspectives, often time very few people enjoy taking that route. In the case of JUC, that change was necessary and there is nothing so much consoling for me than seeing today the Centre’s premises serving the mission of the Jesuits.

Creative Fidelity: In as much as growth involves change, it is also important to note that change that occurs during the growth process is not a random occurrence. It is envisioned, pursued and nurtured. As such, change needs to be rooted (in a certain tradition) and must aim to reflect adaptability of the said tradition in a given actuality (or actual context). JUC has also had to undergo the same process, since my first concern was that of creating a social apostolate centre that is truly Jesuit, in the traditional way of doing of Jesuit Social Centres. This move, of return to the basics, needed also to be coupled with an up-to-date reflection of the signs of the times. In this, the social context that JUC works in was paramount to the kind of social justice activities that were to define the Centre’s identity. 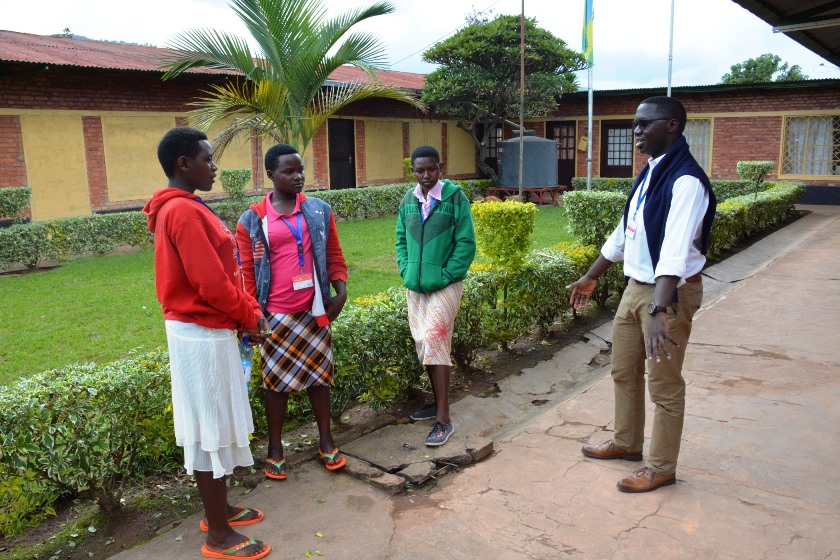 It is on the basis of the foregoing that for the past five years, JUC has been able to engage people from different walks of life, be it old adults, young adults, young and not so young adolescents, migrants and refugees, and the poor. Moving forward, the scope of JUC’s growth will ultimately push the Centre to also consider engaging more often the religious and political classes in the hope that such symbiosis could help advance more fundamentally the social justice cause in the Rwandan context.

Compassion: In the words of Fr. Pierre Teilhard de Chardin, SJ we learn that “we cannot wait for the statistical play of events to decide for us which road the world is to take tomorrow.” This invites us to be active participants in the life and the growth of our societies, our fellow human beings, and the environment. Often times, we fall short of the duty to care for others simply because we have allowed ourselves to be won by the vice of complacency over the virtue of compassion. 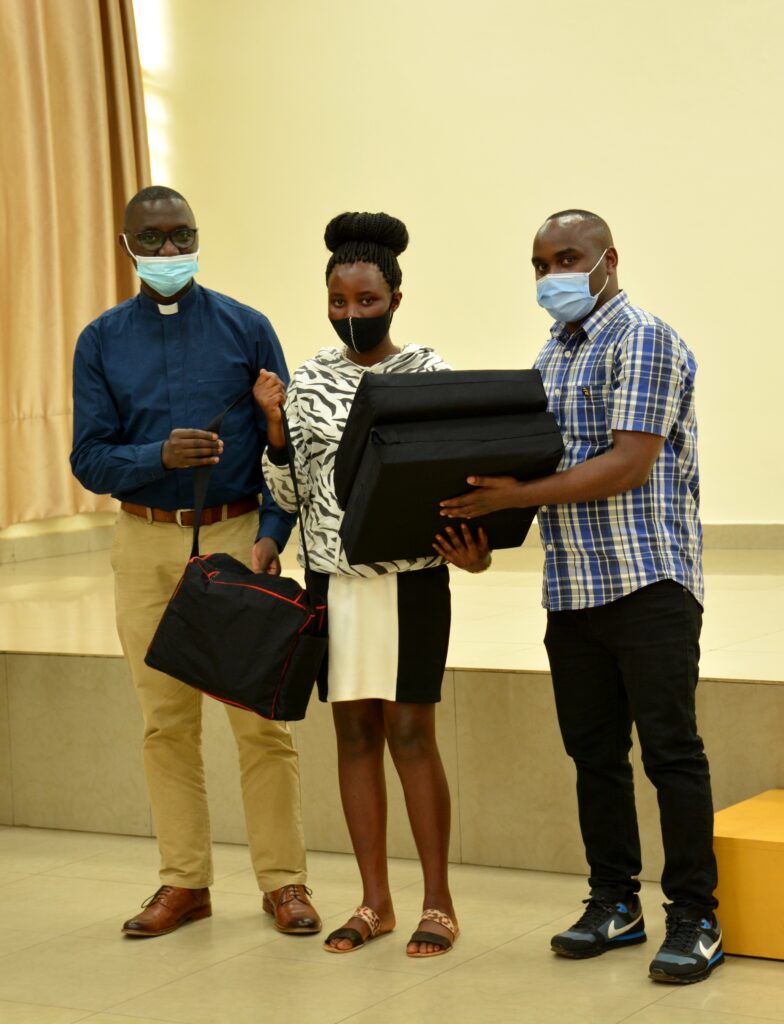 My time at JUC has taught me that complacency can be the easiest gateway to decadence. The work of social justice apostolate is one with no clear roadmap except that of participating in the advancement of human dignity in society especially for the marginalized and the downtrodden. Consequently, to serve for social justice causes involves open-heart and social insertion in order to be able to have the feel of society and be also able to participate in alleviating its pains, fears, and despairs. It is through such compassionate attitude that JUC was able to reclaim its relevance and reaffirm its raison d’être.

Collaboration and Networking: In an era where the world as a whole has become a global village, it is becoming much clearer that “no man is an island.” Issues that affect humankind seem to have no boundaries and more so are also the needs to address the stipulated issues. In such interconnectedness, collaboration between link-minded institutions has become an essential denominator of any social initiative geared towards impacting the lives of people in a given society. 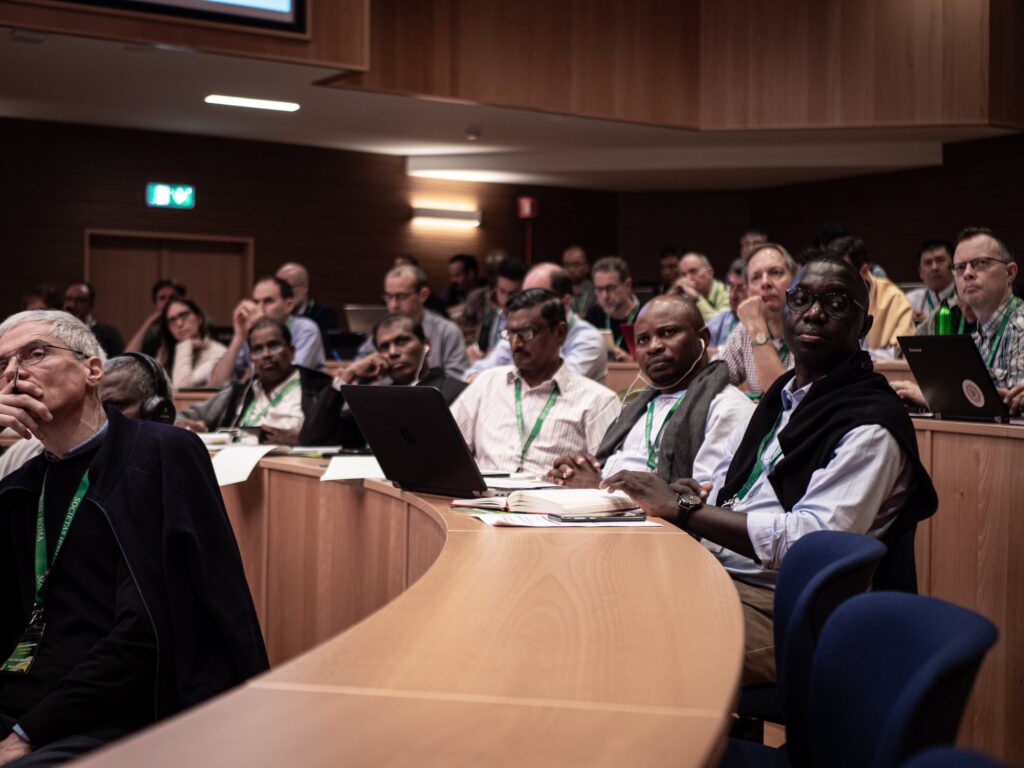 The strides of JUC in the past few years could not be what they have turned out to be had there not been this openness to collaboration and networking. The works of JUC have been a fruit of honest and frank collaboration with other stakeholders, direct beneficiaries, and its own personnel. This openness has allowed the Centre to become more creative, original, and impactful in its service delivery. The process has also saved the Centre of the risk of duplicating services that others are already doing while allowing also for opportunities to learn from others and sometimes inspire the latter through its own best practices.

Active Contemplation: The social apostolate ministry in the Society of Jesus is first and foremost an evangelizing ministry. It is a work of evangelization that strives to promote faith that does justice in society. This involves seeking constantly the will of God as we make efforts to respond to the needs of our fellow brothers and sisters. It also invites to see the world as God sees it; to have the feel of what God feels in the midst of our broken world so that we can adequately proclaim through action the era of our Lord’s favor (Lk 4: 16-19). 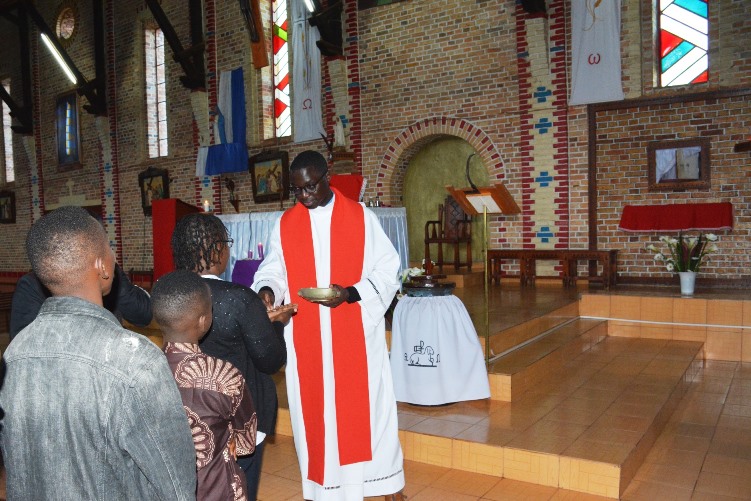 Active contemplation renders our apostolate an important ministry and sometimes requires from us exceptional dispositions to take up the responsibilities that its works demand. My time at JUC has helped me to experience the beauty of seeking God and finding Him in all things. It was a liberating experience when I realized that only total surrender to service and allowing myself to be God’s saving instrument is what my ministry demanded of me. God has provided the means through mysterious ways to accomplish what JUC had established as its urgent actions, He has also insured results that have been exponential compared to what we had humanly thought to make. Indeed, JUC work has been for me a work of encounter with God in this world.

Communication: The world of social media and globalization has paved easier access to information however with the inconvenience of a diminished capacity for the consumers to filter the information content on the basis of its relevance for their souls. It is essential then for a social justice centre to seek ways of bridging the gap in information sharing by aiming to provide alternative contents to what the public is currently consuming on social/mass media platforms. 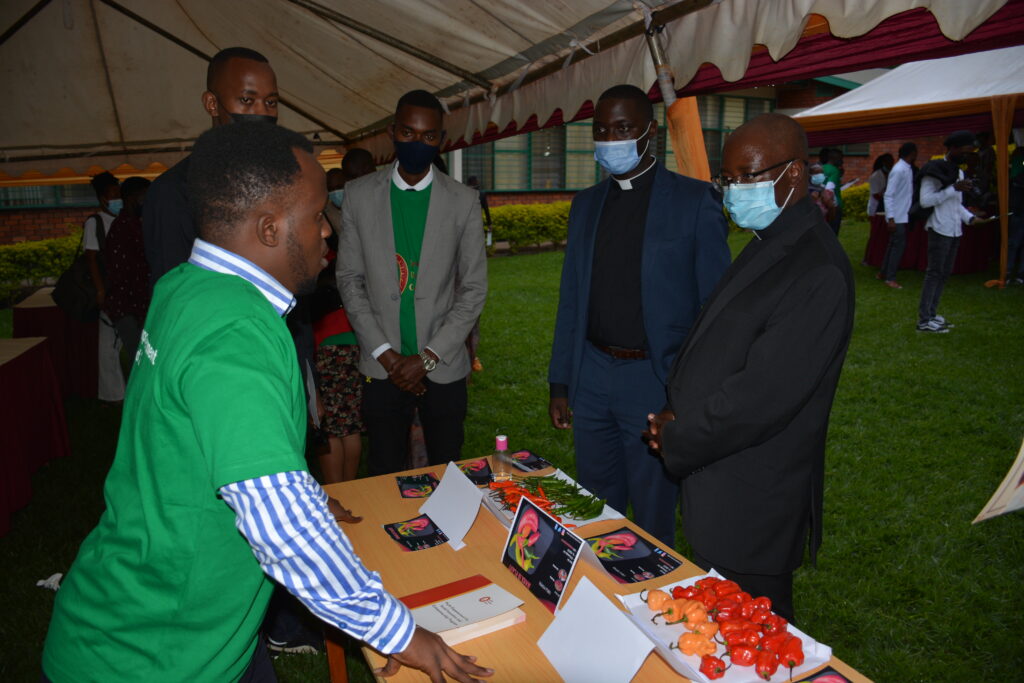 In the recent past, JUC has tried to devise ways of communicating about its works and providing inspiring reflections on matters of public interest. One case in point I can recall of is about the blog series on social proximity during the crisis of COVID-19 lockdowns when calls for social distancing were the order of the day. The series and the subsequent publications the Centre continues to produce have been an efficient means of reaching out to various minds and influencing change in the manner of viewing the world, the Church, and the relevance of JUC itself. 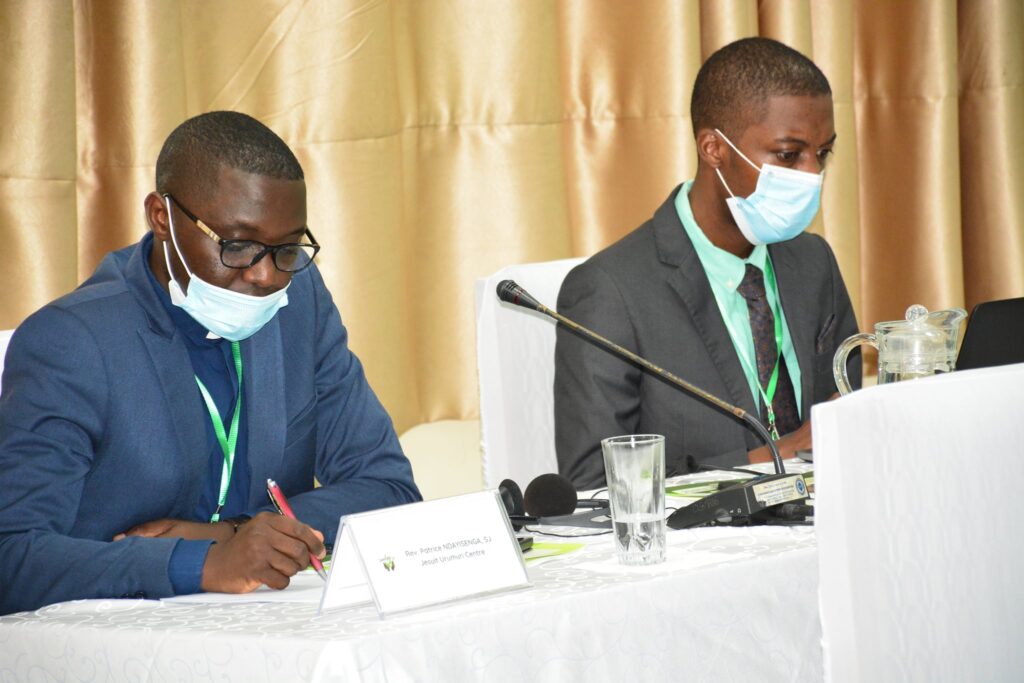 At the International Laudato Si’ Conference

Discipline: Lastly but not least, one other keyword that has guided my steps at JUC was discipline. The field of social apostolate is huge; and doing social apostolate in a broken world, where hunger for reconciliation (justice), peace and love rings lauder than ever before, requires proper discernment, commitment, and maturity (freedom). Terminologies such as hard working or work ethics are for me an insinuation of a disciplined character that is able to discern and pursue intended results with focus and (surely) sacrifice.

Five years ago, JUC had no roadmap, which is to say, so many things could be run (or held) at JUC at anyone’s wish. With time, I have come to notice that the discipline I have learned from my JUC experience was that of freedom. The freedom to let go of certain things, the freedom of pursuing a cause up to its relative completion, and the freedom of allowing to be possessed by a Power greater than I. This freedom is liberating and resourceful.

The mission of JUC commands responsibility with no supervision because no supervision would ever be enough to enact change; only the subject running the show ought to be endowed with that discipline which the process (of change) requires. I think I was lucky to have a bit of that discipline and I pray that those coming after me will also be blessed with the same and even more than I did. 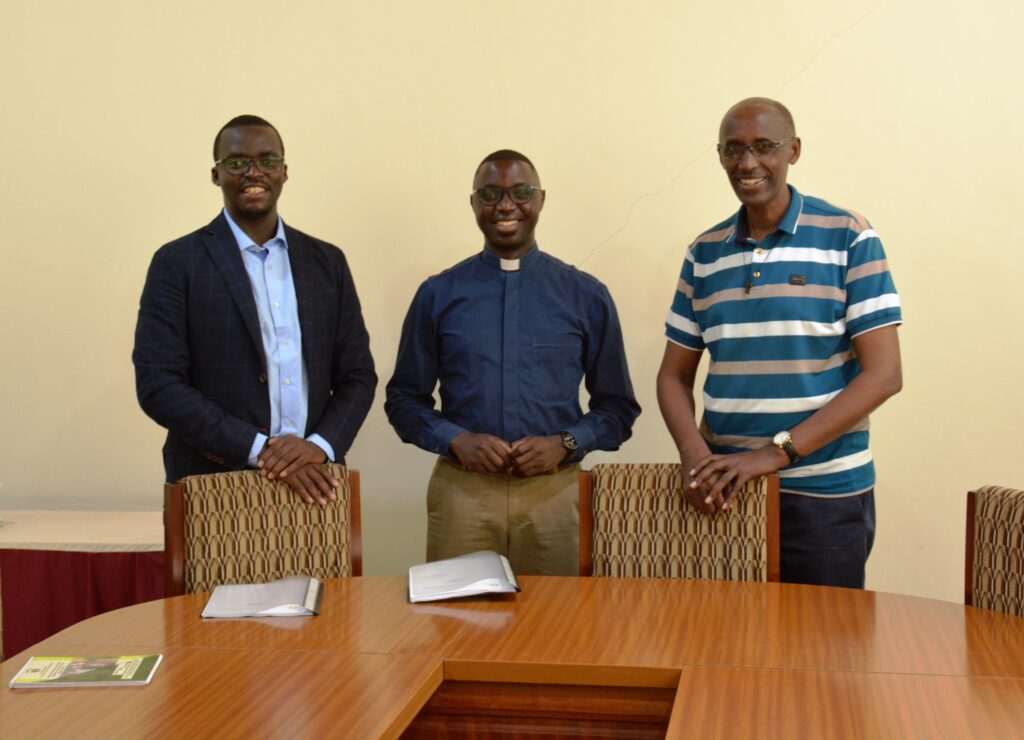 In conclusion, as I contemplate from afar the institution I once served with passion and love, I cannot help but recall the words of President Julius K. Nyerere who once said that “you are not successful until your successor succeeds.” The apparent strides JUC was able to record during my time could not have been possible without the wonderful predecessor I had who handed me a clear report and honest assessment of the challenges and the opportunities the Centre had at the time of assuming my duties. My story is his success story. I too look forward to my success story as it is being written today by my successor for whom I wish every bit of luck in his entire endeavor.