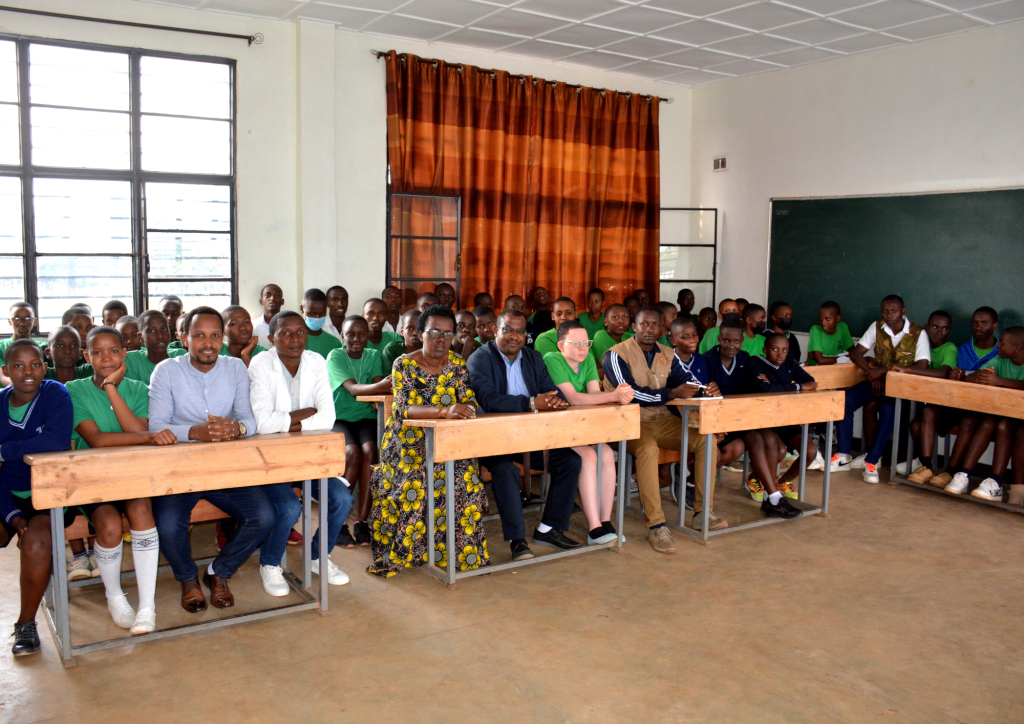 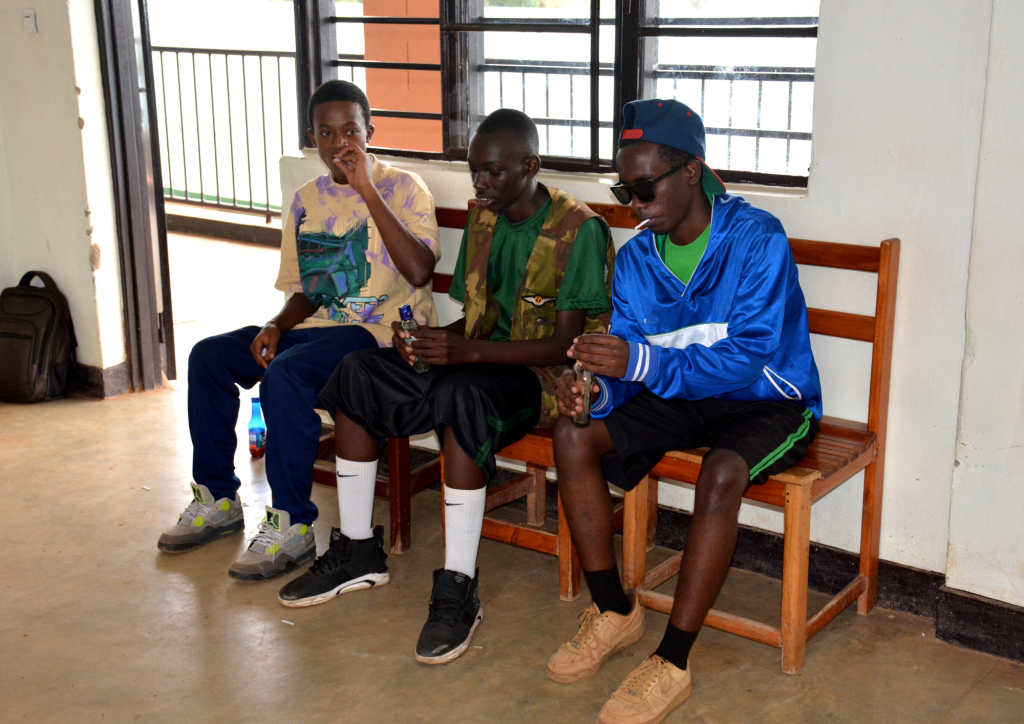 Following welcome remarks that were given by Mrs Odette, members of the club presented their skit during which they demonstrated the dangers of early teenage pregnancies and peer pressure. Afterwards, another member performed a poem on how he had previously been a slave of drugs but that after joining the AHAPPY club he had been freed and is now focusing on building his future. 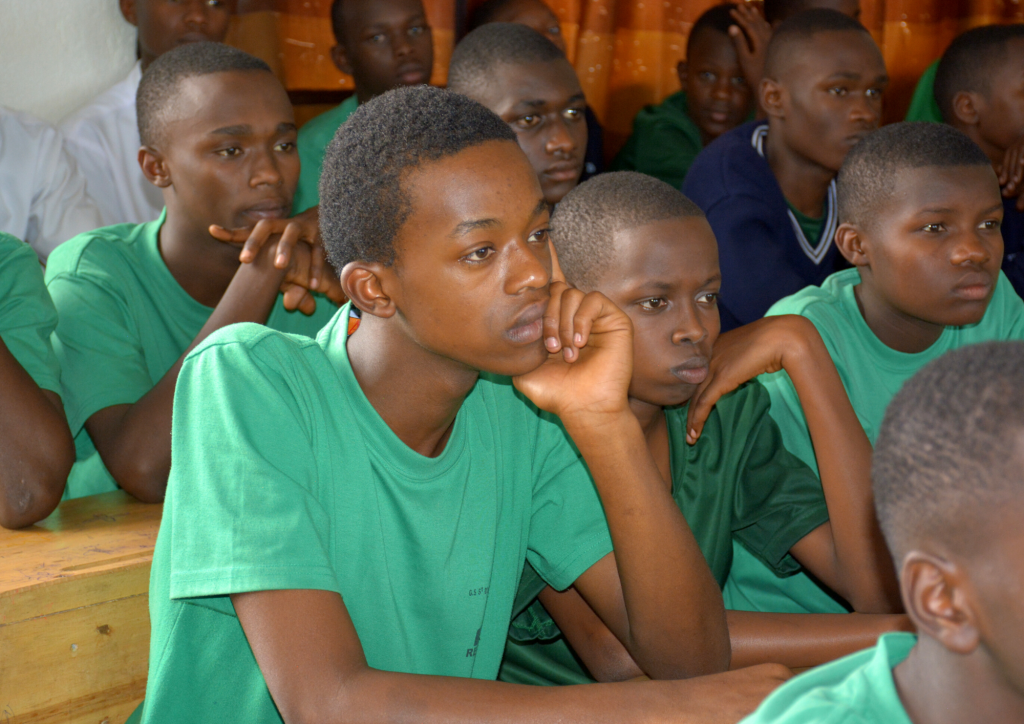 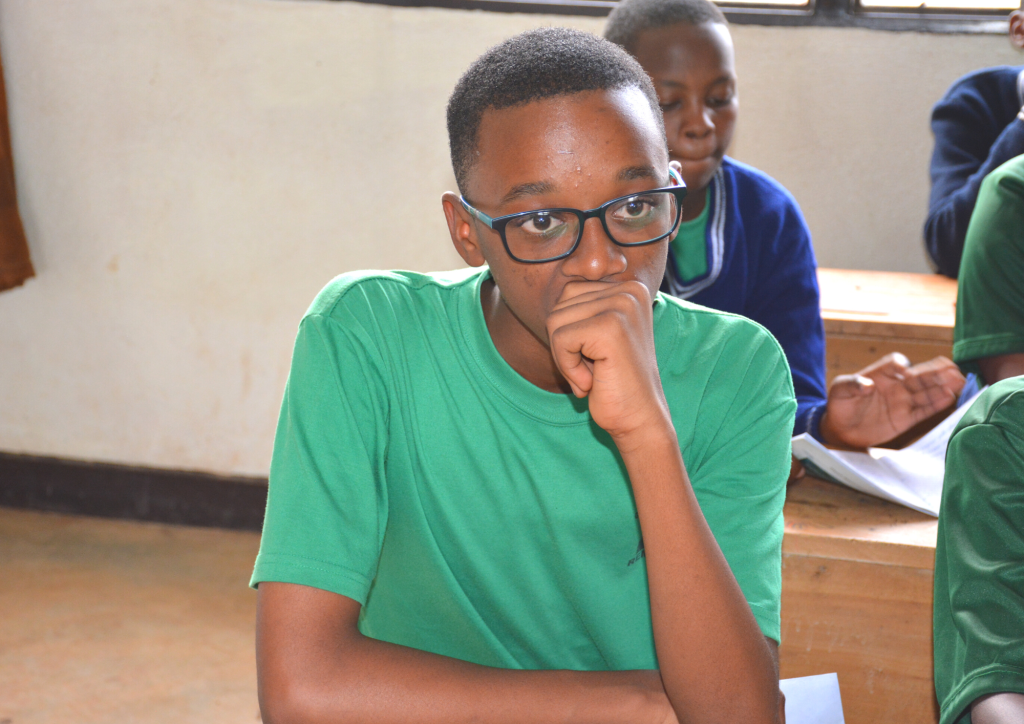 This was followed by various testimonies of students about positive transformations they have had due to having joined the club. One student gave a moving account of how he almost lost his life to drugs; “I started smoking marijuana and drinking alcohol during the COVID-19 pandemic in 2020. When others went back to school in 2021, I dropped out for a year and when I came back I had fallen behind and my classmates had advanced to the next class. Even then, I was back in school but still smoking marijuana. Six months ago, a friend introduced me to the AHAPPY club and I am happy to report that I have been clean since. My vision is now clearer as I focus on my studies and my future”. 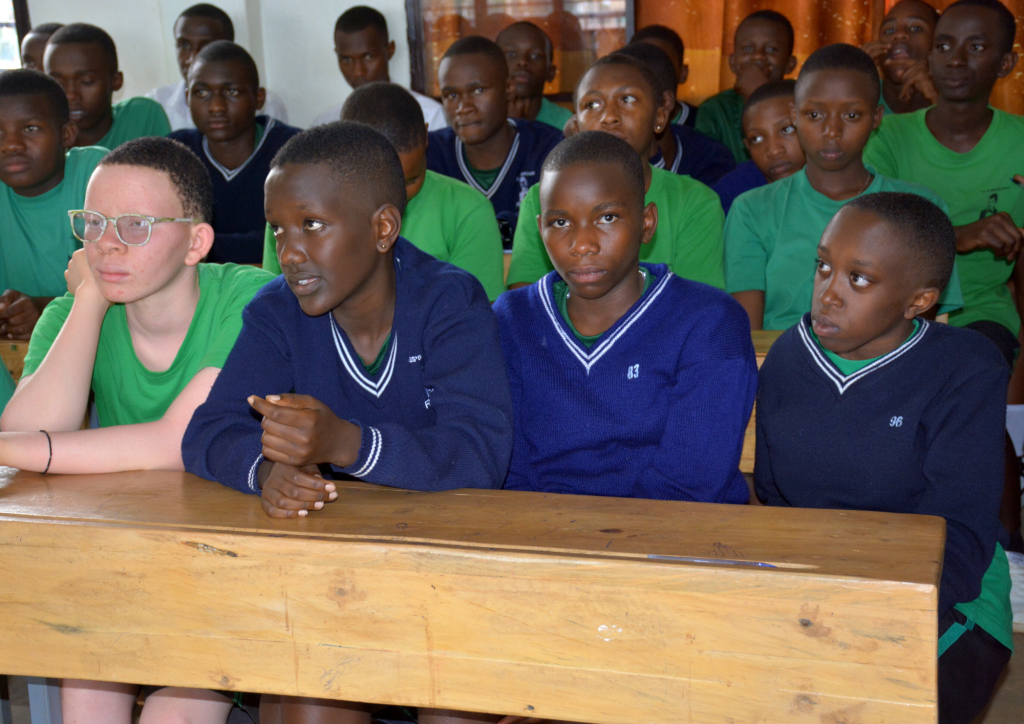 Another student shared that she has gained the skill of making informed and responsible decisions in everyday life; “Before joining the AHAPPY club, I could not differentiate good from bad friendships. I sometimes look back on some of the activities I took part in and realize that my so-called friends at the time were a bad influence. I have since cut them off”.

A third student shared that she benefited enlightenment from joining the club; “Since joining the club I find myself practising more kindness and patience towards HIV-positive members of the society and those affected by it”. 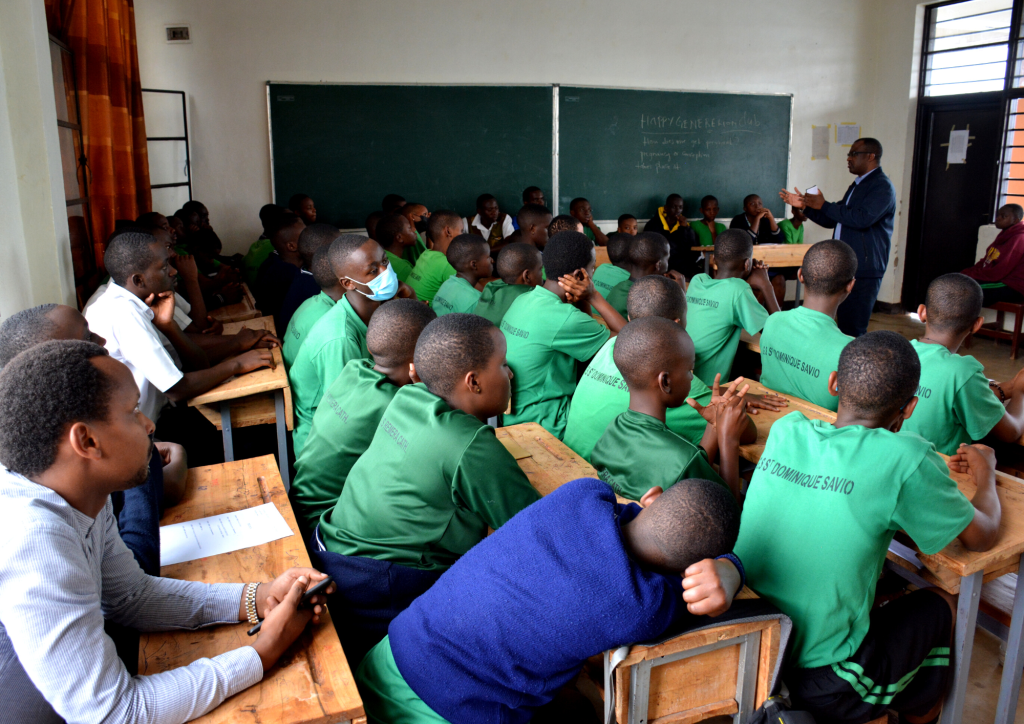 Fr. Ismael delivered his remarks which he began by thanking the AHAPPY club members and mentors for what he witnessed as great impact of the AHAPPY generation program on the youth “I feel gratitude as I have myself observed change that is taking place among the young people in Rwandan schools, I have confirmed from the encounter I have had with students while I interact with them, the program is equipping them to really face the challenges of their lives. They are able to make good decisions that are helpful and life-giving”. 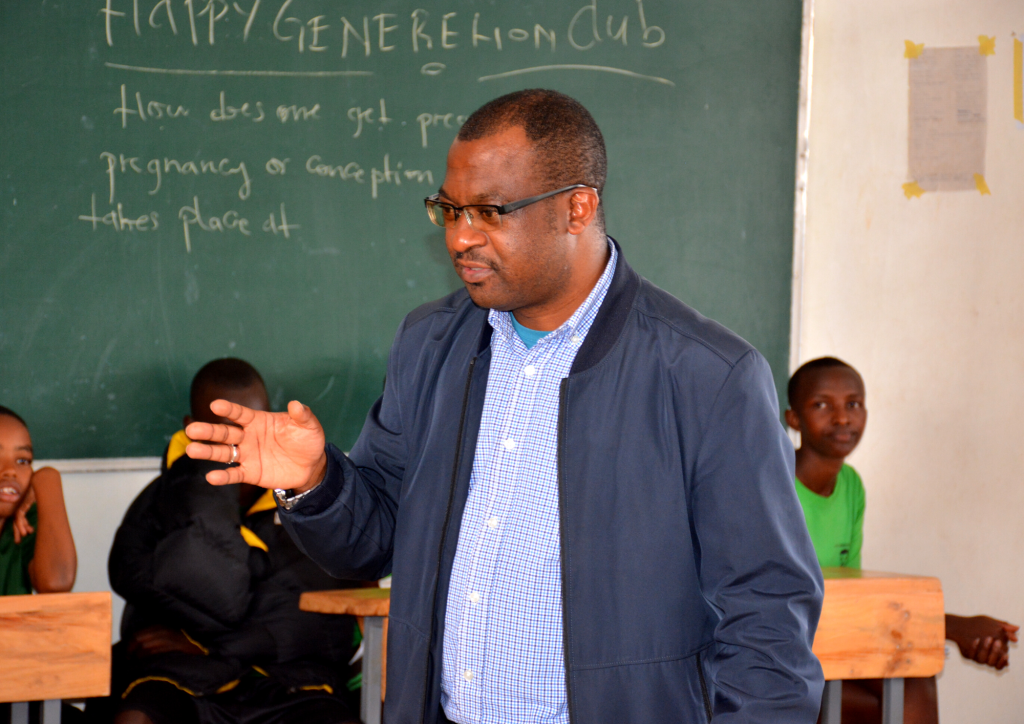 He encouraged the young people to foster dreams and to fight for them. He told them to avoid temptations and any outside influence that threatens their bright futures.

He concluded his remarks by asking them to show unselfish concern for the welfare of their peers; “Whatever you see that is helpful to you, don’t keep it to yourself. If you think to yourself ‘in this club, I am getting more knowledge and more skills to help me grow’ tell others to join so that they may also benefit from this”. 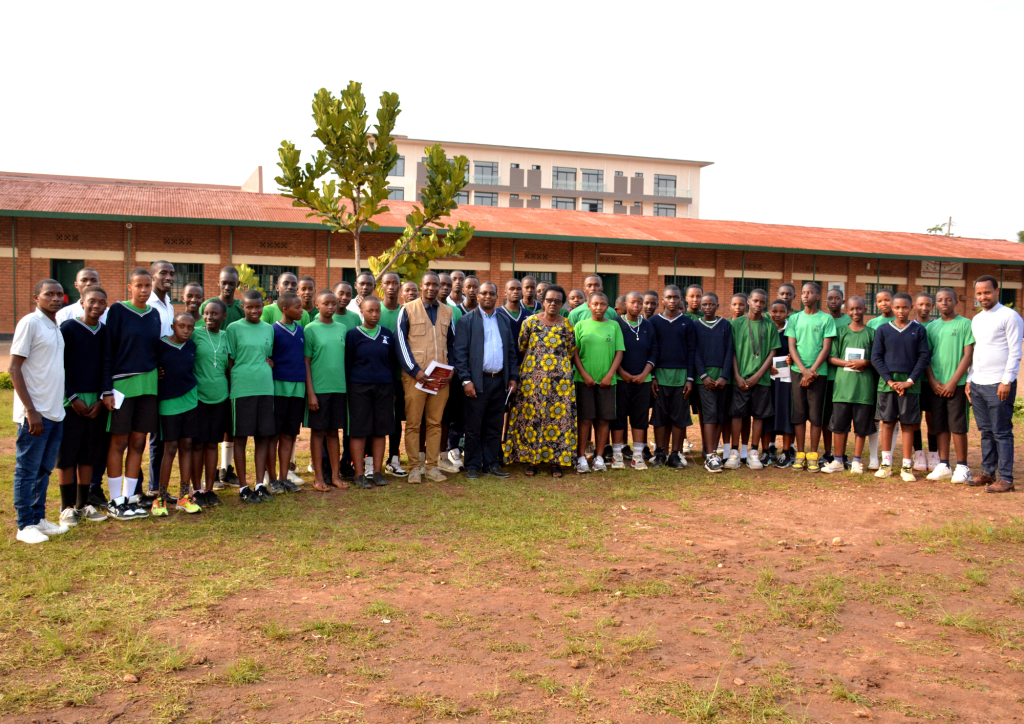 In November 2022, JUC launched the AHAPPY generation program activities for the academic year 2022-23. Following Friday’s visit with Fr Ismael, the centre will begin making school visits to assess the impact of the program on its beneficiaries.